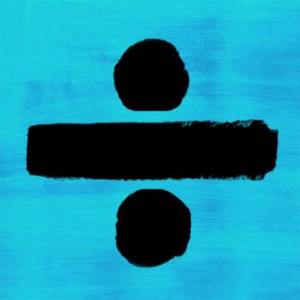 Its official, Sheerios! The wait is over. Ed Sheeran released two new songs on Friday, January 6: Shape of You and Castle on the Hill. Sheeran began a one year hiatus on December 13, 2015. On December 13, 2016, Sheeran broke his social media silence, posting a simple blue photo and sending fans into a craze.

To kick off the new year, he announced that he would release new music, sending fans into a another craze. Sheeran’s first album, + (plus), and his second album X (multiply) have fans speculating as to what Sheeran will name this next album. Will it be divide? Will it be subtract? Will it even be a math symbol? Only Ed Sheeran knows, but the album artwork suggests Sheeran’s third album will be called “Divide.”

Sheeran’s new song Shape of You has a different “vibe” than most of his other songs. This song was originally written for Rihanna. After reviewing the lyrics, however, Sheeran decided the song would be best for himself. The song’s R&B sound, combined with the infamous Ed Sheeran guitar and harmonies just make you want to get up and dance.

Sheeran’s other new song, Castle on the Hill, shows influence from the guitar sound of U2. The song itself is a tribute to family, friends, hometowns and most importantly-the glorious teenage years. Castle on the Hill takes you to driving with the windows down on those care-free summer nights.

This sneak-peak of Ed Sheeran’s new album leaves fans begging for more, but until then we will have to settle for listening to these two songs on repeat. Personally, I’ll take Ed Sheeran’s advice to “blast [the songs] out as loud as you can from every speaker you can find, as many times as you can!”