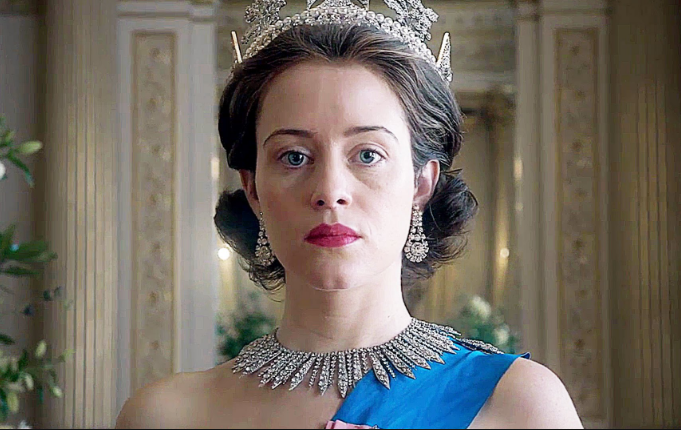 God Save the Queen! Queen Elizabeth II makes her Netflix debut in The Crown, a new original series. Starring Claire Foy and Matt Smith, the highly rated ten-episode first season triumphed across the world with amazing reviews and many awards. But, what makes it so good? Although I would “tag” myself as the most passionate anglophile I know, there is something about the show that draws you in and holds on until you make it through the season. I mean, the majority of people could watch it in one weekend. And, I promise it will give you newfound respect for the royal family. Claire Foy said: “I wouldn’t say it changed, but it definitely deepened it, and gave it a human slant that I’d never considered before. It’s been really interesting to try and understand them as human beings. And when you see what they’ve been through, it’s relatively easy, to be honest. I have a huge amount of respect and understanding for them.” It’s really interesting.

The show opens just after the end of World War II. Winston Churchill has just been re-elected as Prime Minister, and King George VI is mid reign. However, Princess Elizabeth Windsor is about to become Princess Elizabeth Mountbatten through marriage to Prince Philip, Duke of Edinburgh. Although they supported her, Elizabeth’s family didn’t love the idea of her marrying Philip. Why? Because the entire Windsor family knew that one day Elizabeth would no longer be “Elizabeth Mountbatten” she would be “Elizabeth Regina.”

The crown takes you through the tragic death of George VI, the drama between the abdication of Edward VIII and his family, the marriage struggle between Elizabeth and Philip, and of course, the crazy, but effective, practices of beloved, Winston Churchill. This is no fairytale princess story. This is the story of a woman who became queen at the age of 26 after the tragic passing of her father. This is the story of a woman who denied her sister’s marriage. We talk about women breaking glass ceilings today; Elizabeth was the first to truly break a glass ceiling.

The Crown is currently Netflix’s most expensive show. The show had a roughly 120 million dollar budget. The Crown was shot on location in places such as: Buckingham Palace, Westminster Abbey, Clarence House, and the Lyceum Theatre all in London. And costumes replicated the actual wardrobe of Queen Elizabeth, the Queen Mother, and Princess Margaret. This new and exciting drama is set for six seasons on netflix, taking viewers all the way through Elizabeth’s reign.

Interestingly enough, the entire royal family is aware and potentially watching the new series. Matt Smith, actor playing Prince Philip, discussed meeting Prince William, Duke of Cambridge. When he told the Prince he would be playing his Grandfather, William responder with a smile and said “he’s a legend.” Needless to say the royal family was nervous at first, but is now enjoying it very much.
The Crown took home a Golden Globe for best series drama, and star, Claire Foy won a Golden Globe for her impeccable portrayal of, her majesty, Queen Elizabeth II.