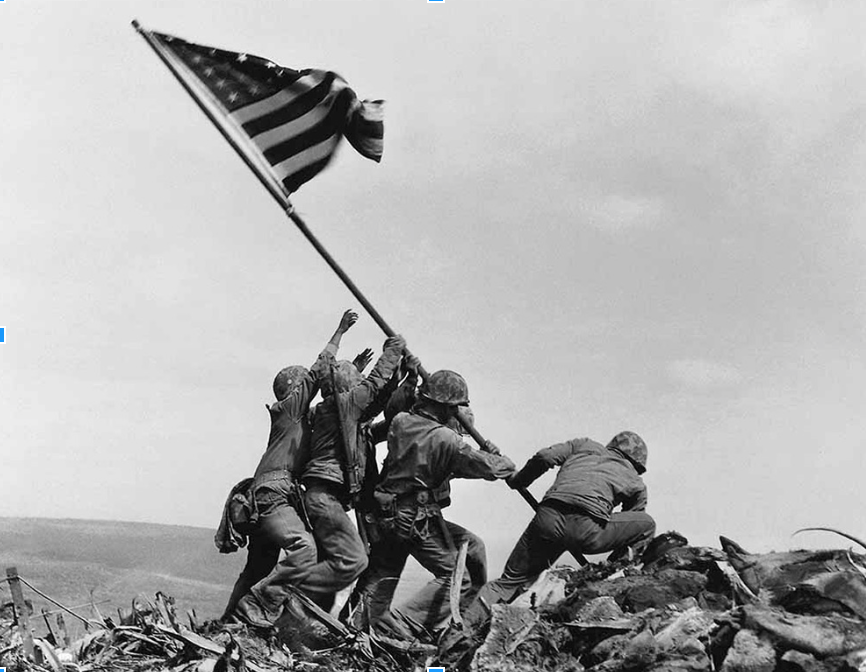 “If it makes you laugh, if it makes you cry, if it rips out your heart, that’s a good picture,” said Eddie Adams, winner of the 1969 Pulitzer Prize for Spot News Photography. Over April vacation, I visited Washington D.C. with my family. We visited several museums, including the Newseum, which exhibited all the winners of the Pulitzer Prize for photography. All of the photographs were extremely powerful, as they demonstrated the true horrors and hope of life.

Photographs from the Vietnam War and terrorist attacks lined the walls of the exhibit. In addition, displays of refugees in camps and starving children with no access to food identify the horrible things that have happened in our world, some of which are still happening today. However, some pictures were designed to give us hope. One such picture was one of children in poverty, parentless, riding on horseback with gleaming smiles on their faces. Two Pulitzer Prizes for photography are awarded annually every April; one of them is Feature Photography and the other is Spot News or Breaking News Photography.

There is a monument in Washington D.C. that was built based on this picture. Soldiers lift up the flag to symbolize American patriotism. This photograph was taken in Iwo Jima, an island off the coast of  Japan during World War II. It stands as a symbol of hope for Americans today. 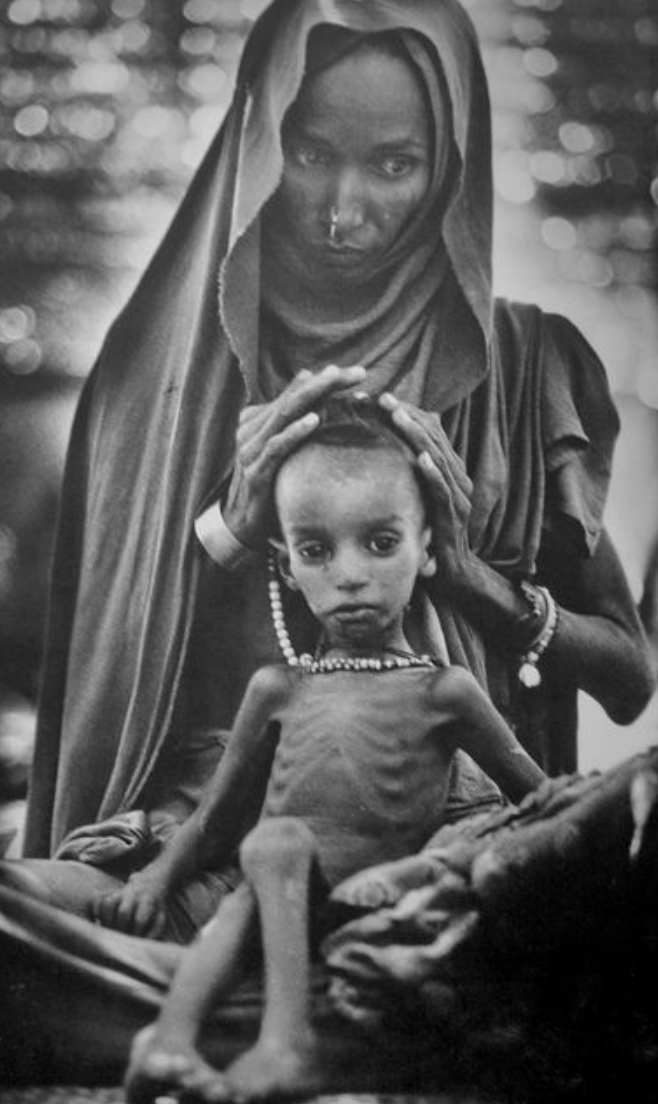 When I first saw this photograph, I immediately thought this boy’s mother looked like Mary, the Mother of God. This young boy died hours after this picture was taken. It embodies the famine in Ethiopia and displays the rawness of true hardship through the black and white tones. 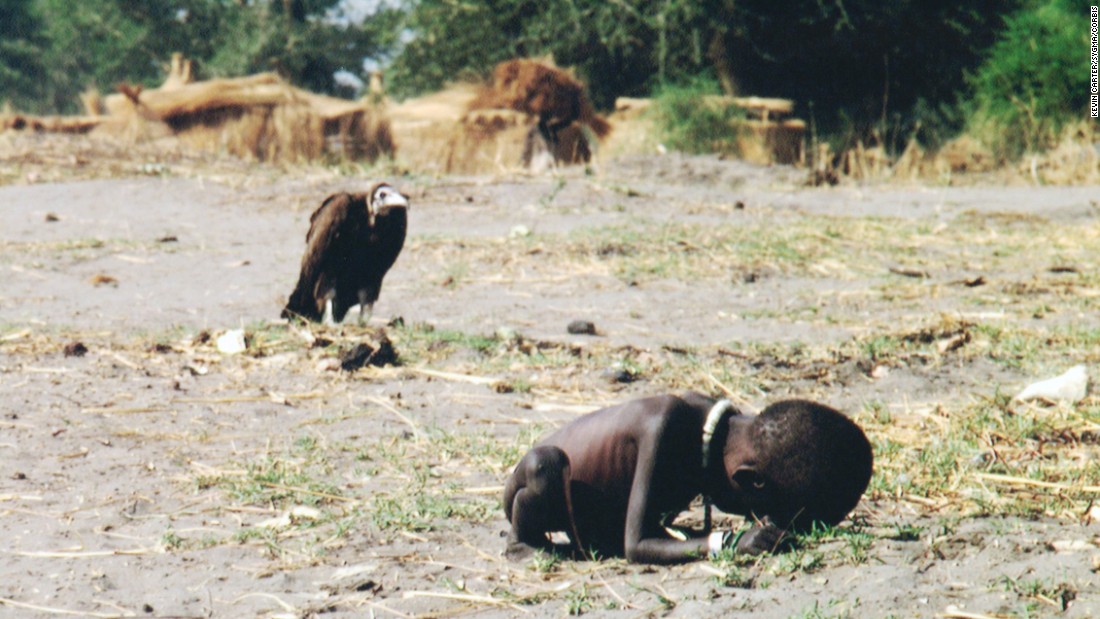 This little girl is starving as she struggles to find food during the famine in Sudan. The vulture eyes her as prey. After the photographer captured this picture, he cried under a tree. The photographer was criticized for not helping the child, but they were told not to touch the locals because they might carry disease. The photographer committed suicide and in his note explained he took his own life due to the horrors he saw in Sudan. 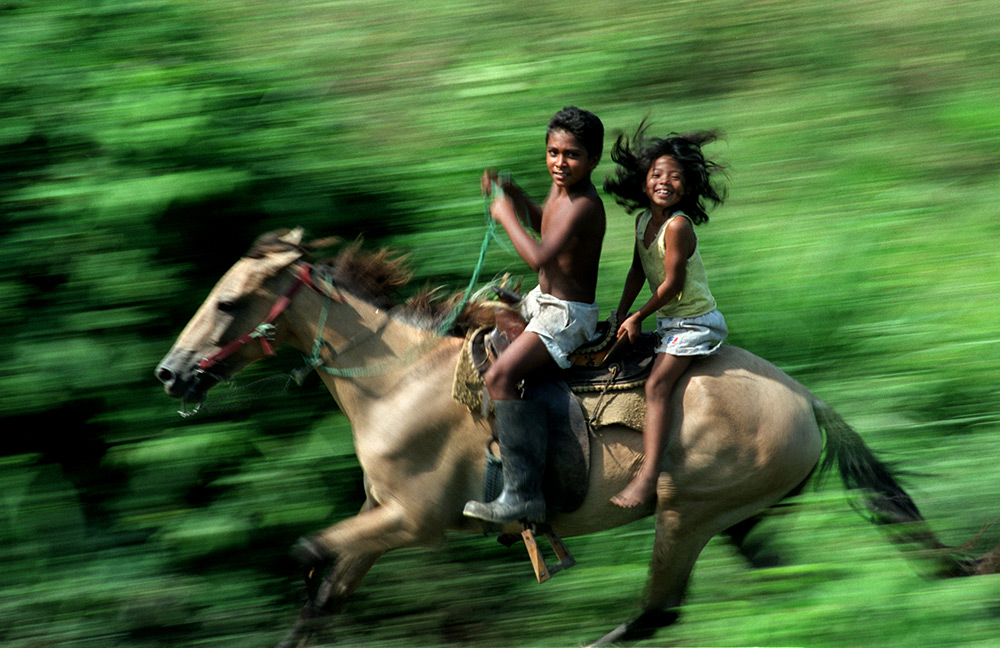 This picture is the the first picture displayed at the Pulitzer Prize exhibit. It is enlarged at the Newseum and captures life’s happiness, even amongst those less fortunate. This picture was taken in Central America. Their smiles while simply riding a horse reflect life’s bountiful joys in the little things.
All the photographs that have received the Pulitzer Prize for Photography are very powerful and moving. As they say, “A picture is worth a thousand words.” Some of the pictures I saw left deep impressions on me. However, witnessing and experiencing life’s struggles allow us to fully experience the love this life has to offer us. It is important to be aware that poverty and hardship exist all around us in everyday life, but hope has the capacity to overcome difficult times.