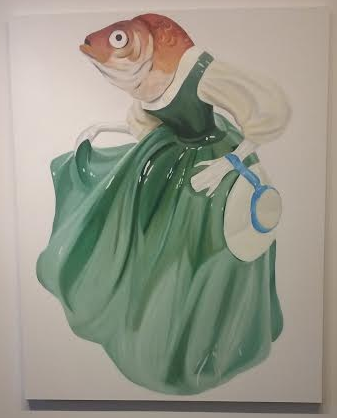 As the Class of 2017 finishes their Capstone projects, the Class of 2013 finishes their senior year of college with a variety of final projects and presentations.  For Art majors, this means a massive undertaking: the creation of an entire series or project to showcase the skills they have acquired during their four years of undergraduate studies.

My sister, Tiffany Landry ‘13, recently completed her Senior art project at St. Michael’s College in Colchester, VT.  Her series, entitled What., was showcased in the McCarthy Art Gallery at St. Mike’s for two weeks.  The series is incredible: oil paintings of her original design on four massive canvases, five feet by four feet each. 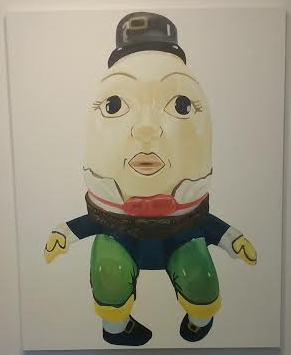 The designs of the What. series are reminiscent of the Surrealist era of the early and mid-twentieth century.  The colors and images are dreamlike, unusual, and extremely well-done, reflecting the months of work that Tiffany put forth to complete the series.  Tiffany shared some of her experiences and reflections from the series.

I first asked her about the series’ name.  She said, “Well, I called it ‘What’ because that was the general reaction from people when I showed them the paintings.”  She added, “I wanted to experiment with more Surreal style.”

“I chose oil paint on canvas because I have enjoyed using oil paint for some of my other projects.  I also wanted to experiment with bigger canvases,” she added.  “I had painted a smaller Humpty Dumpty, and I wanted to use that same design, but on a larger canvas, for one of the paintings in this series.”

Tiffany reflected on some of the challenges of her project.  “Using the larger canvases was definitely a challenge, especially because these were the biggest I’ve ever done.”  As she continued to work on the series, however, she became more used to the size of the canvases. 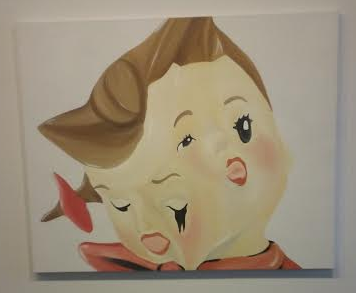 Tiffany’s series represents not only a feat in modern Surrealism, but also the culmination of her Art studies at St. Mike’s.  She continues to experiment with all sorts of different mediums and art forms, including photography, watercolor paintings, and pencil drawings.  Now that her What. series has been showcased at her school, she hopes to find a venue for her paintings in a local art gallery.  In her words: “I want to share my work with a wider audience now that it’s been exhibited at St. Mike’s!” 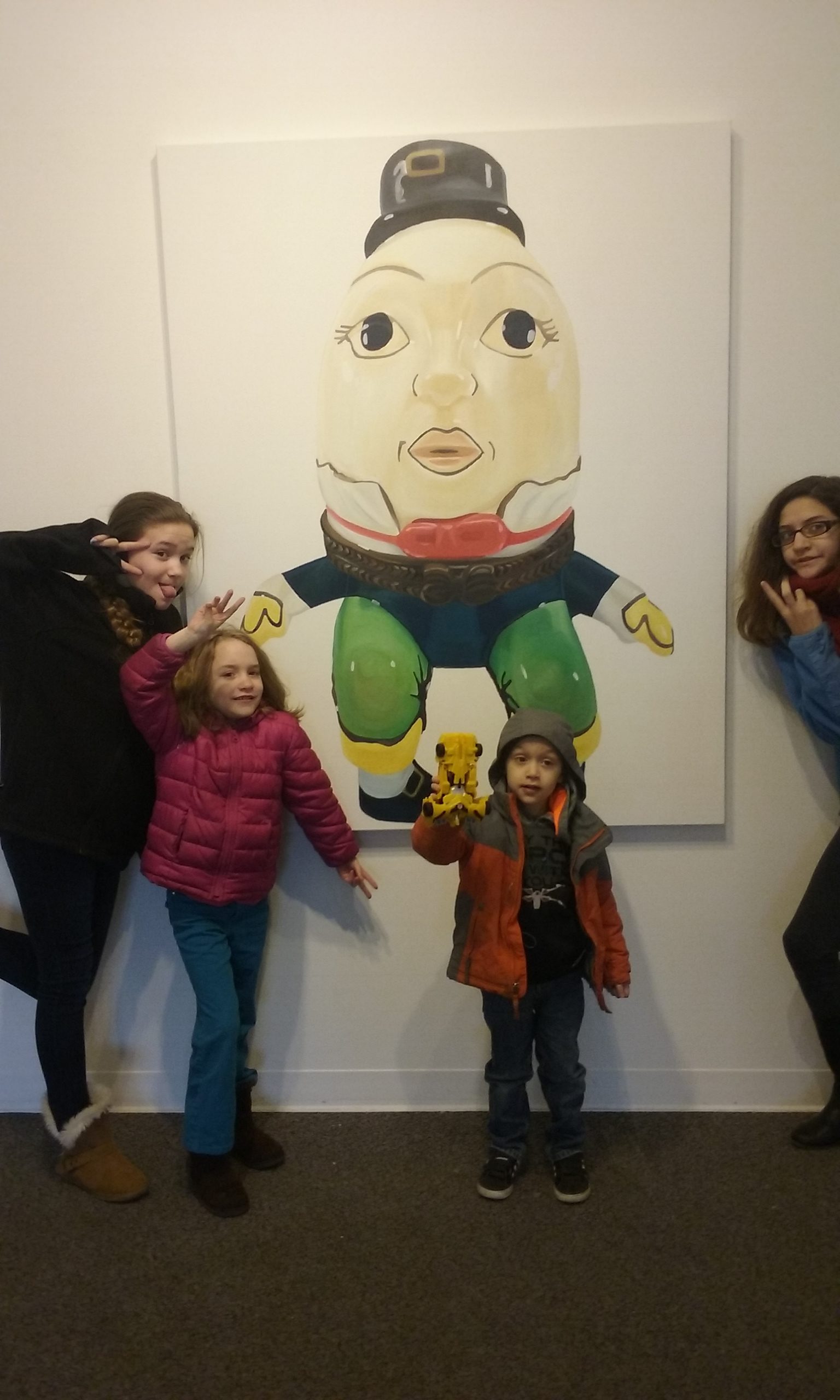