The Looking Glass • May 28, 2018 • http://lookingglass.montroseschool.org/arts-entertainment/2018/05/28/movie-review-marvels-infinity-wars-part-1-marvels-crowning-movie/ 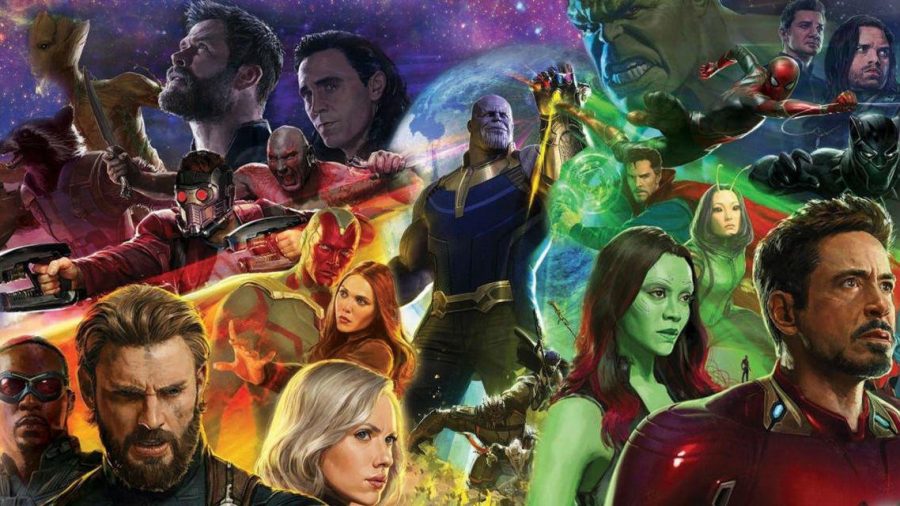 After ten years in the making, Marvel released its greatest work yet: Avengers Infinity War Part 1. Ever since Ironman I (2008), Marvel Studios had every intention of recreating the epic battle from the comics between the Mad Titan Thanos and the Avengers in the war for the infinity stones. This movie is the highest grossing superhero film of all time and the fourth largest global opening. It received much praise as well with one recurring complaint, which most likely is one of the biggest reasons it only got an 84% on the Tomatometer: It’s unbelievably sad and depressing and ends in the middle of the action!

Let’s face it, we all knew that most of the characters in the Marvel Cinematic Universe would die in this one movie. However, that stark (no pun intended) realization does not actually set in until one’s favorite superhero is brutally murdered on-screen. As Yvonne Niebur ‘18 said, “I was ready to walk over to California and punch the MCU in the face.”

There were indeed many expected deaths in the movie as there were plot twists. Many people were not expecting to see Thanos (Josh Brolin) portrayed the way he was. There was a lot of empathy between him and his adoptive daughter, Gamora (Zoe Saldana). Despite the pure hatred Gamora always bore for her adoptive father, she couldn’t help but remember that he did indeed raise her from childhood. The audience could see more connections between the assembled characters of the MCU. Tony Stark (Robert Downey Jr.) and Pepper Potts (Gwyneth Paltrow) returned to reprise their relationship. Bucky Barnes (Sebastian Stan) and the Black Panther: T’Challa (Chadwick Boseman) both seemed to work well together, especially after the events of Captain America: Civil War. Both on and off-screen, Benedict Cumberbatch and Tom Holland, who play as Dr. Stephen Strange and Spider-Man, developed a friendship over the course of the film making. These two delivered a few great lines that was rather well loved by all the audience. Parker: “I’m Peter, by the way.” Strange: “Dr. Strange.” Parker: “Oh, we’re using our made-up names. Um… I’m Spider-Man, then.”

All jokes aside, which are numerous in the movie, the film does contain dark themes and plenty of violence; as expected there are numerous death scenes. Because it is rated PG-13, it may be wise for some to ask their parents before buying tickets. However, not seeing this masterpiece of a movie would certainly be a miss out. This film is the eighteenth installment in the MCU, so watching all the movies leading up to this one beforehand would be highly recommended. As stated before, Infinity War does leave most people sitting in the audience in a pool of tears, so bringing a pack of tissues is suggested.

Leaving the audience hanging, the movie sets up well the events of Infinity War Part 2 coming out in May of 2019. Perhaps there is hope for half the universe.