Stranger Things Season One: A Story of Friendship, Trust, and Working Together 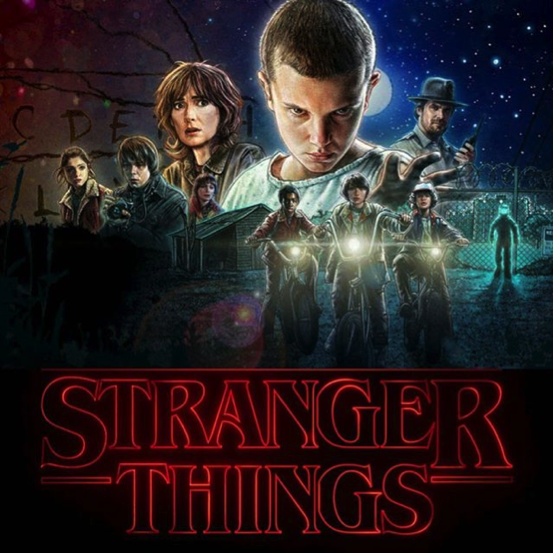 Before I start, there is one thing I need to say: Warning! Major spoilers ahead! Okay, we’ve all probably heard of it by now. That show with the girl who can move things with her mind, and the four boys who are obsessed with Dungeons and Dragons. If you don’t know what the heck I’m talking about, then you probably have never watched the show Stranger Things.

I have some sad news regarding this amazing show. The Duffer Brothers got the whole cast and crew together in February 2020 to start filming season four. But, due to COVID-19, they had to stop filming. If you are a Stranger Things fan like me, you are probably thinking one thing and one thing alone; Why?! Darn COVID-19! I have been thinking that ever since they stopped filming in March. In this article, I will give a review of the show and talk about how annoyed I am that we might not see this awesome show again until 2021.

Some of the biggest things I’ve learned from this show: friendship, turst, and working together.

Review time! If you have never seen Stranger Things but would like to in the future, I suggest finding a new article to read before you spoil it for yourself.

Okay, Season One recap. In the first episode, we are introduced to this fine cast of characters. The four main ones include Mike, Lucus, Will, and Dustin (my favorite). Basically, they hang out in Mike’s basement and play Dungeons and Dragons after school pretty much everyday. One night, when Lucus, Dustin, and Will are riding home from Mike’s house on their bikes, Will mysteriously vanishes on the way to his house. This obviously freaked everyone out in their hometown, Hawkins, Indiana — but especially Will’s mom, Joyce Byers. First, she got phone calls that sounded like Will’s breathing. Then, one night, she saw random lights flickering in her house and thought it must be Will.

So, she did something that totally freaked the entire town out. She bought as many Christmas lights as she could, and hung them around her house, waiting for Will to talk to her again through the lights. It turns out, Will got taken into another dimension that the boys call the Upside Down.

On the night Will disappeared, he was taken into the Upside Down by a monster called a demogorgon. Remember the demogorgon — that becomes really important. And the Upside Down is a world almost exactly like our world, but it contains monsters, and it is much darker and scarier. Remember that strange girl I talked about who can move things with her mind? Her name is “Eleven,” or “El.” She has supernatural powers and opens the gate into the Upside Down. Eleven can move things with her mind and find people just by studying a picture of them. She was a test subject at the Hawkins Lab where a scary man named Dr. Brenner ran tests on her. She was the eleventh test subject at the lab, so she had the number 011 tattooed on her wrist — hence her name.

One day, Dr. Brenner wanted El to find the demogorgon — that’s right, the scary monster who captured Will! When El touched the monster, she opened the gate into the Upside Down, causing the demogorgon to escape through the lab.

At the end of Season One, Eleven saves everyone’s lives from the demogorgon by killing it… but it ends up taking her into the Upside Down! She used her powers for good and put her friends first.

But this isn’t the end of the story…