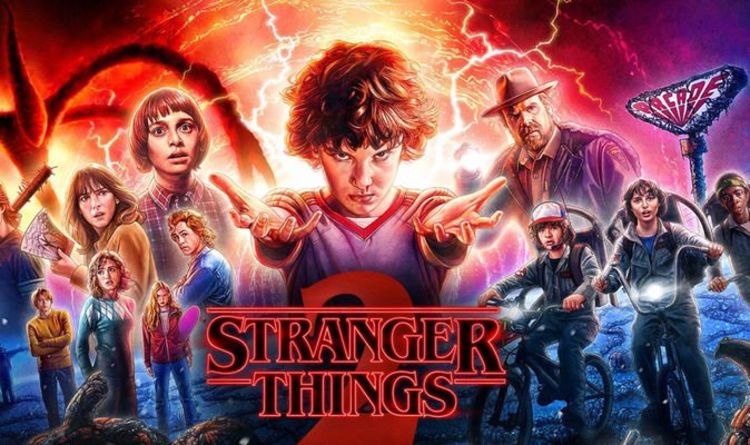 This article is a continuation of Keira’s review of Stranger Things Season One, which you can find here.

At the beginning of Season Two, Eleven finds a way out of the Upside Down. We find out that El is living with the Hawkins Chief of Police, Jim Hopper. Hopper found El roaming in the woods looking for food and shelter, so he decided to take care of her. She stays in his grandfather’s old cabin in the woods.  He knows that the people who ran tests on her in the lab were still looking for her… and he doesn’t know how long he can keep her secret!

Some of the biggest things I learned from this season: courage, hope, and trust.

In Season Two, we also meet two new characters: Maxine (or Max Mayfeild) and Billy Hargrove. Max is Billy’s adopted sister who enters the eighth grade with Mike, Dustin, Will, and Lucus — our favorite gang. Billy is abusive to Max, and we soon find out that he is racist, and doesn’t want Max to hang out with Lucus, because Lucus is African American. This is just another important way that this show includes important lessons about friendship and treating people nicely.

In the last episode of Season One, we see Joyce and Hopper entering the gate into the Upside Down to find Will. By the start of Season Two (almost one year later), Will is still trying to get over his past trauma of getting stuck in the Upside Down for an entire week. Now, he is having visions into the Upside Down, or episodes, where he finds himself staring at what he calls the “shadow monster.”

Meanwhile, on Halloween, Will and the gang decide to dress up like the Ghostbusters. When they are done trick-or-treating and go home, Dustin finds a strange slimy slug-like creature that he takes to school the next day — but it doesn’t quite go as planned. After school, the gang meets in the science lab to try and find out what it is. Dustin named the slug D’Artagnan, or “Dart” for short. But, when they are examining Dart, he jumps out of Dustin’s hand and runs out the door!

As they are all looking for him, Will has another episode. Huge plot twist — this time, we find out that the episodes aren’t just happening inside his head. The episodes are real. He is being transported into the Upside Down and seeing the shadow monster looming over him. This time, when he sees the shadow monster, he doesn’t run. He tries to face his fears and stand up to it. But the shadow monster chokes Will and gains complete control over him. Mike finds him standing in the middle of the field with his eyes closed, and shaking.

After Joyce wakes him up, he can’t remember what happened. He said that all he could remember was going out onto the field and then everything going black, and then Joyce being there. Joyce kept him home from school the next day and made him take a bath. As soon as he touches the water, Will said in a deep voice, “He likes it cold.” Little does Joyce know that she’s only feeding the shadow monster that has taken over Will.

Back at the Wheeler house, Mike was trying to get in contact with El, who’s still hiding in the cabin in the woods. He had been doing this almost an entire year. Everyday at the cabin, El would find Mike in her brain and see him calling her using his Walkie Talkie. One night, when Mike called El, Mike almost felt like she was standing right in front of him. I’m not sure about all you other Stranger Things fans, but this scene made me want to cry, but I didn’t show it, because I was watching it with my 14-year-old brother.

Another plot twist — at Dustin’s house, we find out that he had kept Dart (the creature from Halloween) at his house. Bad decision. Dustin finds Dart just munching away on Dustin’s cat, Mews! We soon find out that Dart has grown into a mini-demogorgon from the Upside Down. Dustin decided to call on — drumroll please — Nancy Wheeler’s boyfriend Steve (the hair) Harrington! They end up trapping Dart in the basement. Then, they realize that Dart must not be the only demodog, so they make a plan to try and capture the rest of them, so they don’t eat everyone in Hawkins. Dustin and Steve get big buckets of raw meat, and start walking around the train tracks in Hawkins, dropping the raw meat as they go.

Then, Dustin called some of his other friends. Will had gotten much worse, so Joyce and Mike took him to the lab. Meanwhile, Dustin takes Lucas and Max to lay the rest of their raw meat as bait at the dump. The four of them hide amongst the old cars at the dump before the demodogs arrive — big fight scene. Steve tries to fight them off as best he can, but suddenly, they all run in the direction of the lab.

Will is getting worse, and has stopped fighting the shadow monster, and Joyce is doing everything she can to bring him back to consciousness. The shadow monster can see what Will is seeing. This is very bad because the shadow monster knows where to find and possess Will’s friends and family. Now the demodogs, too numerous to count, are in every corner of the lab.

This is where the hero comes in during the most epic scene of the entire show. Bob, Joyce’s boyfriend, takes action to save them all from the demadogs… but doesn’t make it out himself. So, R.I.P. Bob Newby: Superhero.

When Will wakes up from his tranquilizer, he’s completely lost his mind. This completely freaked me out because I expected him to be surprised, but not screaming his head off! That’s when things get really crazy. The whole crew — Mike, Dustin, Lucas, Joyce, and the rest gather forces to defeat the demodogs.

Better yet, during the insanity, we see the return of El. This was one of my favorite scenes of the whole episode, because it had been so long since anyone from the group had seen El.

More craziness ensues. Everything turns from okay, to awful. Max’s bully older brother Billy shows up at the house looking for Max… and soon enough, he discovers where she’s hiding. Lucas, Steve, and Max join forces to defeat Billy.

Then, everyone is right back in the action. Max grabs Billy’s keys and tells everyone to grab unconscious Steve and get in the car to drive to the tunnels and burn them to save the town. Together, they start pouring gasoline in the tunnels. Once finished, they lit a match, and threw it into the tunnels, so that the demodogs would come to the tunnels to leave a clear gate for El to close. Finally, the Gate was closed and everything went sort of back to normal in Hawkins. (But let’s face it. Hawkins will NEVER be normal.)

Here’s what I see to be the highlight of the entire season. The previous year, Mike had asked El to the Snowball dance, but she obviously couldn’t go because the demogorgon took her into the Upside Down. Finally, after almost a year of waiting, El goes to the snowball with Mike.

That is basically where the season ends except after we see a shot of everyone in the gym at Hawkins Middle School, the camera flips Upside Down, and we see the mind flayer still alive looming over the school.

Look forward to Keira’s next article about Season Three!