The Looking Glass • May 31, 2019 • http://lookingglass.montroseschool.org/front-page-scroll/2019/05/31/remembering-marian-apparitions-in-the-month-of-may/

Remembering Marian Apparitions in The Month of May 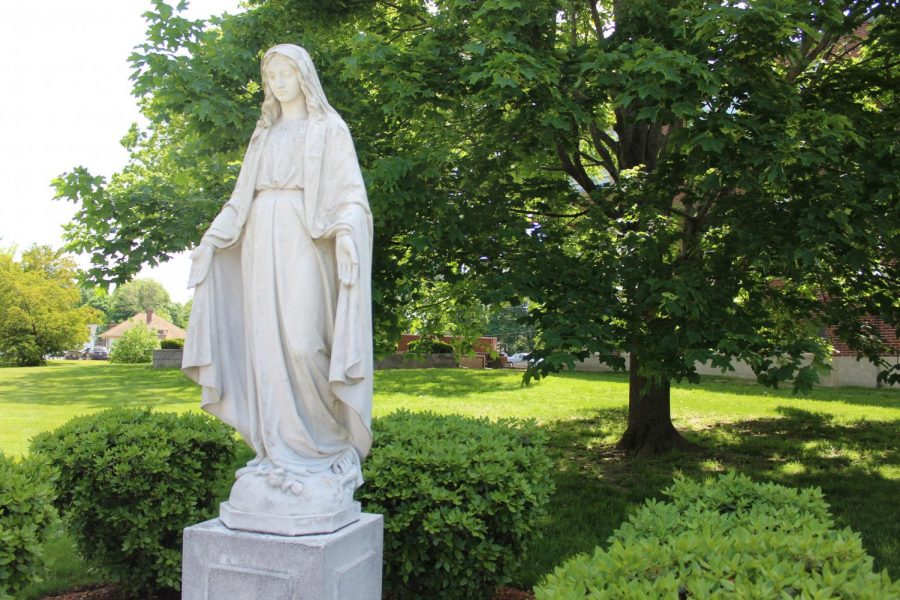 May is the month of Mary and the perfect time to talk about Marian apparitions, especially as we come to the close of the month. Actually, just recently, Pope Francis made a declaration about the ongoing apparition of Mary in Medjugorje in Bosnia. Our Lady has allegedly been appearing there many times since 1981. The Vatican has yet to claim Medjugorje an “accredited.” Nonetheless, since the site has produced several spiritual fruits (conversions, renewed fervor, etc.), the Holy Father has declared that Christians may lead pilgrimages there.

So what exactly is an apparition? And what does it mean to be “accredited’?

To answer these questions, I consulted God-Sent: A History of the Accredited Apparitions of Mary by Abraham Varghese. According to the author, “In an apparition, the witness [visionary] sees a three-dimensional person [Mary] who is really there but who has a glorified body (the resurrected body).” He goes on to explain that “visions” are different from apparitions because they are “internal,” while apparitions are “external” with a person at a definite location in time and space and visible to one or more witnesses.

As for the visionaries, Varghese explains, they become “visibly transformed during the apparition and enter a state of ecstasy” in which they are oblivious to anything happening around them. In 2001, one of the visionaries of Medjugorje visited St. Mary’s of the Assumption in Brookline, MA. My parents as well as a full church were present when Mary appeared to him. “He knew when Mary was going to appear since she had told him previously,” Elizabeth Vondrak, my mom, said. “And then at that appointed time, he was standing on the altar and then immediately knelt and became almost frozen, his eyes fixed on something that only he could see.”

The apparition sites themselves, says Varghese, can be “venues of extraordinary phenomena that are visible to all present.” For example, in Fatima, Portugal the sun seemed to dance in the sky and was witnessed by hundreds. In Mexico, one can still see the tilma, or cloak, that was transformed to bear the image of Our Lady of Guadalupe. “Unfortunately, there was no big miraculous sight to see that night in Brookline,” Michael Ashenuga, my dad, said. “But it was still amazing how this man became truly transformed before something unseen by the rest of us.”

Finally, Marian apparitions, although they have been going on for centuries, have been very consistent with their message. Mary focuses her message to us on God: about how life must be focused on Him and we must deny anything that separates us from Him, and about the terrible consequences that will result if we remain separated.

An apparition can be “accredited,” or approved, when it has been thoroughly investigated or evaluated using science and theology. The approval can only be given once the apparition has ended because everything that occured or supposedly communicated must be evaluated by Church authorities. Once an apparition is accredited, the faithful are not required to believe that it happened. We are allowed to make that judgment for ourselves. But one cannot deny the the power and beauty of the messages that the visionaries report, or all the people who are transformed by visiting the sites or simply learning about the apparitions.

Below is a timeline of some of the best known approved Marian apparitions: