Inclusion in the Modeling Industry: An Interview with Madeline Stewart’s Publicist 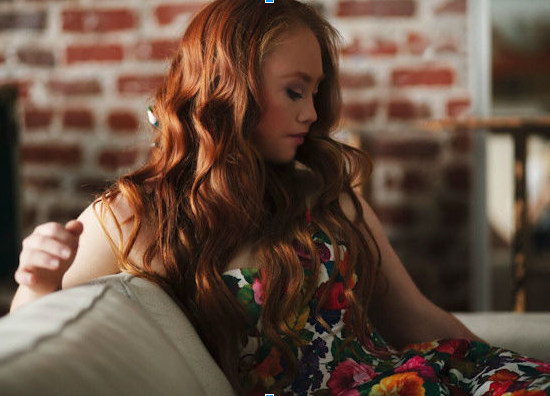 Perhaps you seen the Firsher-Price Sit’n Stand Skywalk commercial which features two-year-old Lili Boglarka Havasi, a sweet toddler with Downs Syndrome. The story of young adult model Madeline Stewart, who first gained publicity for her healthy weight loss story and who also has Downs Syndrome, has opened the door and discussion on the issue of inclusion in the modeling industry. The Looking Glass had the opportunity to interview Stewart’s publicist and get the inside scoop on her rise to success.

Such success stories as Havasi’s and Stewart’s, however, have followed others’ struggles. When Megan Nash’s son Asher was rejected by a modeling agency in Atlanta because Asher has Down syndrome, Mrs. Nash discovered that the agency never even reviewed his application after they learned that Asher had Downs Syndrome. Nash realized how differently special needs kids are treated, and she wanted to make a change. Nash went to Facebook and posted a positive post about her son wanting to “Change the Face of Beauty.” The post went viral with 80,000 likes, 6300 comments, and 126,000 shares. If this post got so much attention, how much attention do you think an ad campaign would have received?

Madeline Stuart, a 20-year-old model with Down syndrome, has been leading the way. She has modeled for many companies and had even done some runway appearances at age 18. Nothing stands in her way. I got the chance to ask her publicist a few questions, and here are her responses:

If there were any, what were the struggles Madeline went through to become a model?

Madeline was already on the journey of losing weight as she wanted to be more fit and healthy well before she even considered becoming a model. However, along the way of her losing weight, she decided she wanted to become a model. So the challenge was the one anyone faces while losing weight: discipline and dedication. She worked very hard to lose weight, 20 kilos (44 pounds) in fact. After she went viral,Madeline had job offer awaiting her.

What inspires Madeline to follow her dreams, and to work at such a young age?

Madeline has always been driven. She played in several sports professionally as well as dance; many of the teams were for the Special Olympics. A lot of her drive comes from her mother, who always led a busy life and showed Madeline that sitting idly only undermines growth and productivity. When Maddy to this day has a day off, she really doesn’t know what to do with herself and becomes restless. She sure LOVES to keep her team on their toes with her vigilance and spunky personality.

What message does Madeline want to send to other young women through her work?

To never give up. To not let any stereotypes have an effect on them. To always have in the forefront of their lives the question of: “how can I empower others through my career or life?” And for women to portray inclusion in all facets of their life and to teach the message of inclusion to others around them. But most importantly, reach for the moon, and if you don’t touch it, at least you’ll be among the stars.

How did this decision affect Madeline and her family’s life, and how did you know modeling was the right career path?

It has changed Madeline’s life in the way of it becoming her full-time career and consumes most of her attention. It also means Madeline is mostly on the road and home only a week or two here and there. It has obviously positioned Madeline in the spotlight, which helps spread Madeline’s message of inclusion. It has changed her family’s life too as far as her mother travels with her full-time and is her road manager besides her agent.

What reactions, positive or negative, does Madeline receive for her inspiring work?

Madeline has touched so many lives, has moved to change people’s perception on what a disability or Down syndrome is, and continues to receive such positive feedback from thousands around the world, whether it’s due to Madeline following her dream, her message of inclusion, or that Madeline has broken the mould of stereotypes. However, along with the positive, there always comes with it a mix of negative comments. Some are just hurtful — that they do not understand or ‘think’ Madeline should be modeling or that they believe it’s inappropriate. Madeline is a revolutionary new face who won’t stop in the face of adversity.

Keep watching; Madeline isn’t done yet. She is launching a clothing brand early 2017 called “21 Reasons Why by Madeline Stuart.” Besides the continued runway and school appearances, she will be releasing a documentary of her life, set to air 2018. Follow her journey, as she may just be coming to a city near you.