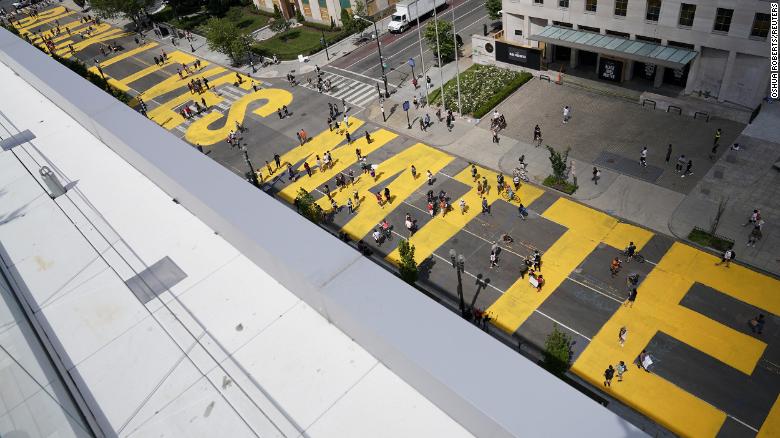 Breonna Taylor. Ahmaud Arbery. George Floyd. These are just three recent names of black Americans that have been killed in a decades long struggle for racial equality. On May 25, 2020, a deli employee called 911 for an alleged counterfeit bill (later proven to be real) on 46-year-old George Floyd. Later that day, a video was released to the Internet showing a police officer by the name of Derek Chauvin kneeling on Floyd’s neck when he was restrained in handcuffs. Four other officers were standing by as Floyd said the words: “I can’t breathe, man. Please.” People begged for Chauvin to stop and pointed out Floyd’s complete cooperation, but he continued to hold his knee down when Floyd lost consciousness and for a full minute after the paramedics arrived. Chauvin’s knee was on Floyd’s neck for a total of 8 minutes and 46 seconds. The two medics in the ambulance as Floyd was driven to the hospital described him as an “unresponsive, pulseless male.” He was pronounced dead at 9:25 PM.

The officers at the scene were fired on May 26, however the video sparked outrage, not just in Minneapolis, but throughout the nation. The death of another black male has brought people together to fight for an important cause during a global pandemic. Protests started on May 26 in Minneapolis and quickly spread to other cities as signs displayed “I can’t breathe,” “Hands up, don’t shoot,” and the simple words, “Black Lives Matter.” Protests have often turned violent at night as rioters loot Targets, Walmarts, and other stores. Small businesses have also been damaged during riots. Especially as most have already been struggling due to the ongoing Covid-19 outbreak, riots have a hugely negative impact on these businesses. Yet these incidents involve a small subset of people while peaceful protests include thousands, and crowds have grown.

To represent a united front, people all over America including celebrities such as Timothée Chalamet, Harry Styles, Ariana Grande and more have been protesting for the arrest of the four officers present during the death of Floyd. On Monday, June 1, the Hennepin Medical Examiner released an autopsy report declaring Floyd’s death as homicide since his heart and lungs stopped functioning while being held down by Chauvin. Following the protests and the report, Derek Chauvin was charged with second-degree murder on Wednesday, June 3. The other ex-officers present, J. Alexander Kueng, Thomas Lane, and Tou Thao were charged with aiding and abetting second-degree murder and manslaughter.

However, the actions taken to charge these ex-police officers did not end the protests around the nation. Protestors call for justice for any officers who have walked free after causing deaths among black Americans. On Friday, June 5, peaceful protests continued to fill the streets of the United States in honor of Breonna Taylor’s 27th birthday. The officers responsible for the death of Breonna Taylor are on administrative leave but still haven’t been charged with any crimes. The protestors around the country are explaining the narrative of an instilled pattern of racial-targeted violence in police departments across the US, leading to demands for change. On June 5, city workers and activists painted the words “Black Lives Matter” in big bright yellow letters on the street leading up to the White House.

The Black Lives Matter movement has not only take over United States streets, but has had a significant influence through social media platforms as well. On June 2, Instagram users posted black images to show their support. On Tiktok, people have been changing their profile picture to a raised black fist. Big creators on the platform, such as Charli D’Amelio, Addison Rae, and Loren Gray, have voiced their support in videos. Social media has proven to be a valuable news outlet for Black Lives Matter advocates, showing videos on a side of the protests that the news hasn’t shown. Twitter has become a platform for people to voice their support and explain their opinions. The history of crimes targeted toward the black demographic in America points to the systematic racism that influencers, creators, and protestors fight today. Platforms such as Instagram and Twitter are filled with resources that can educate various age groups and guide them to help the movement.

Anonymous is an international, decentralized, global hacker/activist group. After three years of inactivity, Anonymous resurfaced on May 29 releasing a video message to the Minneapolis Police Department stating that the department’s history of violence against people would no longer be condoned and that justice would be served. Anonymous said: “Unfortunately, we do not trust your corrupt organization to carry out justice, so we will be exposing your many crimes to the world. We are legion. Expect us.” The video had over 2.5 million views and was then shared onto other platforms, including YouTube, where it was taken down for violating community guidelines. The group then continued to have reportedly taken down the Minneapolis Police Department website.

In a recent tweet, President Trump said: “These THUGS are dishonoring the memory of George Floyd, and I won’t let that happen. Just spoke to Governor Tim Walz and told him that the Military is with him all the way. Any difficulty and we will assume control but, when the looting starts, the shooting starts. Thank you!” The president has taken drastic measures to stop the protests, even calling on city governors across the country to bring in the active-duty US forces. The president’s word choice has certain consequences. The phrase “when the looting starts, the shooting starts” references Police Chief of Miami Walter Headley’s statement in a news conference in 1967. As a city with a document instances of aggressive policing towards black people, many in the United States were angered by President  Trump’s violent tone and his lack of compassion toward those who have been victims of police who have abused their power. On June 1, the White House lights shut off for the first time since 1889. President Trump was taken to an underground bunker by the Secret Service as protests shook the nation’s capital late into the night.

The death of George Floyd was the tip of the iceberg unleashing widespread outrage and anger about instances of police brutality and patterns of racial inequity in the United States. Protesters have declared they will not stop until justice and equality are achieved. People of every race have come together in order to fight this battle. The official Black Lives Matter organization stated: “When people take to the streets and organize socially and politically, things change. Across the nation, people have given voice to the pain and damage that police brutality has caused. It is time for America to listen.” Some claim that those who have turned to violence have raised questions about the movement, but evidence suggests that that the small number of detractors have not undermined the growing influence of those protesting in the streets and leveraging social media outlets to promote the Black Lives Matter movement.