An International Student’s Perspective: How Montrose Measures Up 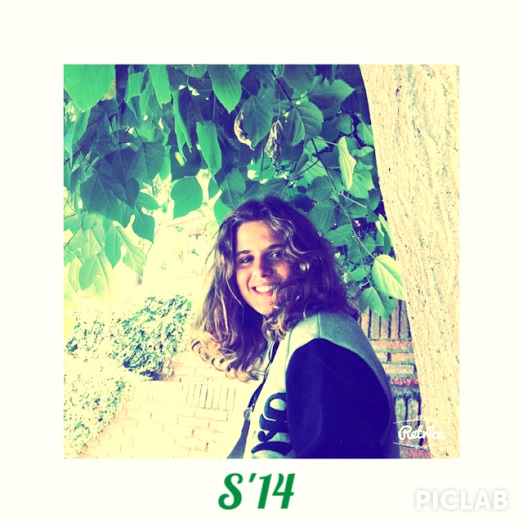 I’ve attended three different schools as an international student, in Ireland, England, and now at Montrose in the U.S. Since I was two years old, I attended Canigo, a primary and secondary school in Barcelona, Spain, except for one semester in Dublin, Sheffield, and in Medfield. At each school, I have had completely different experiences, ones better than others, but in all of them I have learn a lot, and not only English.

At home in Barcelona, groups of friends are established young, and these cliques limit who you’re friends with; the classes are very divided. How different from Montrose! Canigo is like Montrose, a Catholic school, and we offer Confession and Mass also. Although we roll our skirts higher than the Montrose girls and sometimes use swear words, my school in Spain and Montrose are really similar. Compared to all my international school experiences, Montrose feels like home. During my time at Montrose, I haven’t heard one swear word, except from the other international students. While some girls roll their skirts, they roll them so slightly that it’s hardly noticeable; also, if a teacher tells them not to roll their skirt, they would never say no.

The school in Ireland was Catholic; and although we had theology once a week, people don’t really seem to care about religion. Mass for them was a ritual that you have to perform on Sundays, and being Catholic was simply a tradition that parents want their children to follow. When I came to Montrose, I was expecting the same, but indeed I was glad to find that I was wrong.

Then, I spent the first term of my freshman year in a boarding school in the north of England, Sheffield. Leaving that school was one of the hardest things I’ve ever done, more because I was leaving my best friend than for the school itself. (My friend was another international student from the opposite corner of Spain from me.) Actually, the English weren’t friendly at all; the girls would not talk with the boarding students, so a huge wall was set between us. The boarders were all international students, and the English students commuted to school. Although it was supposed to be a Catholic school, the only thing Catholic about the school was the name: Mount St. Mary’s Catholic School. Montrose is a Catholic school in more than just name. At Montrose, you really feel the faith because everyone really cares, really helps, and really embraces you. Plus, even though you don’t even have to go to Mass, Mass is crowded every day.

In England, students would say things, do things and even shout things that weren’t… let’s say “Montrose appropriate.” Almost no one went to Mass on Sundays. And the girls rolled their skirts so high that they could be easily confused with a big belt; this was completely normal and not considered bad. If a rare teacher told a student to unroll her skirt, the students would refuse; they did not listen to the teachers.

But, in that school I really confirmed my faith, because I was criticized for going to Mass. I was called “the one who reads the Bible” or “nun.”  For the first time, I went to Mass because I wanted to, although everyone else thought it was weird. And I was proud to be Catholic even though I was the only student in my grade to attend Mass and despite the insults I endured. Experiences like that really helps you mature and define who you really want to be and and how you really want to live.

Finally I got to go Montrose near Boston, in America! A place where surprisingly, teachers are friendly to the students and not their enemies; this is the first school I have ever attended where students and teachers are so friendly and cooperative with each other. Girls at Montrose are actually nice and friendly; and both, teachers and girls seem to care about you — and not only for the first days. And so, although the weather is dreary and cold compared to home (and people tell me this is “perfect weather” for New England?), you never feel alone.

While I still miss the warm weather and the Spanish food at home, the thing I miss most is laughing with my friends so hard that my belly hurts, hanging out with them after school every single day, and being able to walk or get the bus and not depend on the car. Despite all that, so far I’m having a great time here at Montrose where people are the most friendly anywhere I’ve been, where they are sincere about their faith, and where they really try to be their best selves.