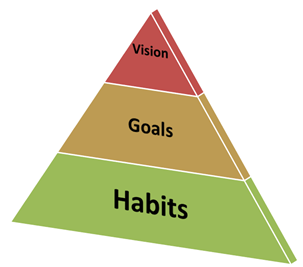 The beginning of each new year inspires many to make resolutions in their lives.  But why do so many people wait until a new year begins to make changes in their lives?  Is it the hope of a new year that inspires new commitments to great change?  Aine Ford ‘18 said, “I think it’s the social perception of the New Year- the whole ‘New Year, New You’ idea.  It seems that the New Year brings a chance to reinvent yoursel, and is a fresh start for many people.” Many students make resolutions relating to school, such as to stop procrastinating, to bring up grades, or to be more organized.

According to theguardian.com, a survey of British citizens found that 63% break New Year’s commitments in less than a month.  Bridget Baker ’18 said, “I don’t set New Year’s resolutions because I don’t usually keep them. I have a general idea of what I want to do during the year, but I know I won’t follow through.”  If this is the case, why then must we wait until January 1 to change an aspect of our lives when that commitment won’t even last for a month?  I propose, instead, that people consider breaking down New Year’s commitments into “new month” resolutions, instead of broad or vague New Year’s resolutions that won’t be effective.

Many have heard it said that it takes 21 days to make an action a habit.  While 21 days is roughly 10 days less than a month, we can assume that “new month’s” goals, if followed diligently, can turn into long-lasting habits in just a month.  Making monthly goals and turning them into strong habits is likely to be more effective than a vague New Year’s commitment.  For example, saying “I will be more organized in 2016” is less effective than making monthly goals to create organizational habits over time, such as January: “I will actually use my assignment notebook;” February: “I will make study guides for a test earlier;” March: “I will make outlines when I read chapters.”  By the end of the year, a student will have gained 12 new or improved organizational habits, not just the vague idea of “being organized.”  How we implement our goals is just as important as setting them.

Students can use an example such as this to implement New Year’s Resolutions in more effective ways.  By turning vague ideas into concrete goals and actions, resolutions can become good habits that stick.