Celebrating the Easter Season with European and American Candies 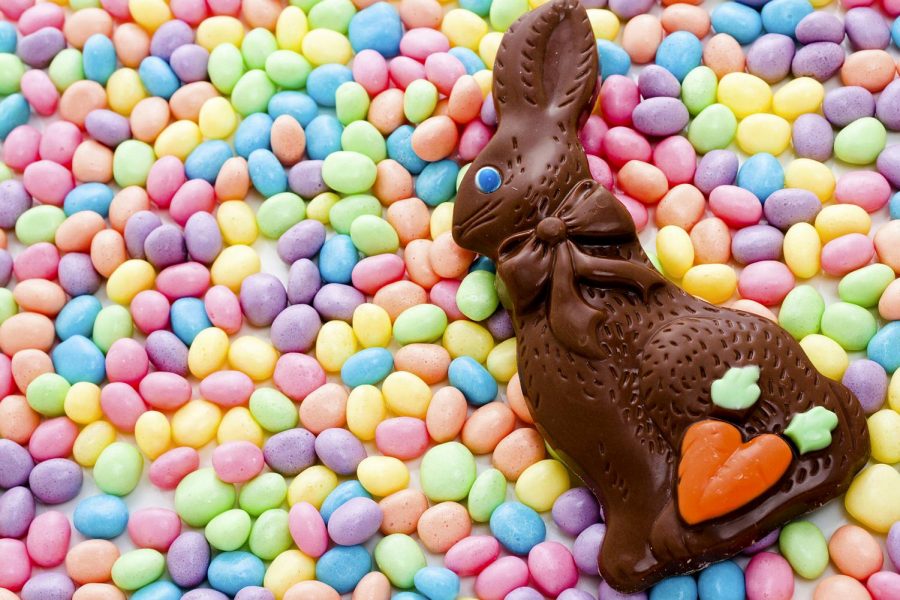 When it comes to non-liturgical Easter celebrations, people commonly think of treats and candies to use for their egg hunts or other sorts of traditions. It appears that there is an unspoken understanding of what typical, classic holiday candy is. Candy canes are associated with Christmas, and candy corn with Halloween. In turn, one usually thinks of jelly beans and chocolate bunnies as a normal Easter candy. Yet, what seems like traditional Easter treats in one country may not necessarily apply to other countries. Forty-seven Montrose students responded to an online survey and recorded what they think are “American Easter candy norms.” They were also asked if they were familiar with certain central European Easter candies. The following is a commentary on European candy culture as it compares to the American one.

In Europe, the most famous and well-known candy brand is Haribo, a company that produces hundreds of different candy shapes and fillings which are fitting to the seasons. It all started with the classical gummy bear but quickly evolved to more fancy shapes like Easter bunnies, Christmas trees, and Halloween masks. Another popular candy brand in Europe is Maoam, invented by Edmund Muenster in 1930.  Muenster described his candy as “fruity chew without gum, made of sugar, syrup and other ingredients.” Another German confectioner, Trolli, is known worldwide and sells not only gummy candies but also marshmallows and soft licorice gums. Lastly, one of Germany’s best-known brands of hard candy, Nimm2, was invented in 1962. It features happy sweet treats with tasty fillings and vitamins.

Although it depends on the traditions of individual families, usual Easter treats found in American egg hunts may include jelly beans, marshmallows, and all sorts of Easter-themed chocolates from a wide range of manufacturers. In central Europe, by contrast, people typically hide only chocolate bunnies, eggs and more from well-known brands such as Milka, Lindt, and Ferrero. Eventually, people in Europe might have candy in addition to or instead of chocolate, but as of now that is not the tradition. According to the survey conducted at Montrose, the majority of students replied that jelly beans were their typical American Easter candy, and marshmallows were the runner-up. However, when they were asked which European candy they were familiar with, a much greater portion were familiar with Haribo and Trolli rather than Maoam and Nimm2 Lachgummi.

Besides candy, chocolates also play a large role in the American confectionary celebrations of Easter. Chocolate bunnies or eggs and Reese’s products usually dominate the Easter chocolate selections in America. Europeans are familiar with chocolate brands like Milka, Lindt, Twix, Mars, Kit Kat, Snickers, Bounty and so on, However, not every company that is listed here produces Easter goods. Milka and Lindt are brands that Europeans would most likely buy from, but that is not the case for fair trade companies like the Austrian Zotter manufacturer or Germany’s Heindl and Pischinger. From the survey, about one third of students responded that Cadbury Eggs were a typical American Easter candy. Approximately half of the replies were split between chocolate bunnies and eggs. The remainder consisted of peanut butter-chocolate products and other outliers.

From this comparison, one can see that other cultures most certainly have different enjoyable Easter confections. Since it is still the beginning of the Easter season, there is still opportunity to include more international candies in your Easter treat repertoire. Now that your horizons have been expanded, maybe you could try something new while appreciating the different cultures of the world at the same time.