While I was researching for my National History Day project last year on the Spanish Influenza, I remember coming across a video titled: “How Did the 1918 Flu Pandemic Start and Could We Have Another One?” I didn’t think much of it back then, but when COVID-19 first started to take over the mainstream media, I quickly began making connections to the Spanish Flu. During my reflections, I asked myself the question: “will the coronavirus outbreak be as bad as the Spanish Flu?” My answer to that question is no — and here’s why.

What Made the Spanish Flu So Deadly?

The Spanish Flu was arguably the most destructive virus of the modern era, killing an estimated 100 million people in just over a year. However, one condition has to be taken into consideration, which is the context in which the pandemic took place. The Spanish Flu first started spreading in January 1918, and World War I ended in June 1918. The war, especially those six months in which the virus was spreading during the war, is why the Spanish Flu is the most deadly pandemic since the Bubonic Plague. The combination of limited space in the medical centers with crowded and unsanitary conditions in the trenches allowed the Spanish Flu to spread like wildfire. Another quality that allowed for the Spanish Flu to spread so quickly was that in many cases, people could be contagious for weeks without displaying any symptoms. So, without sufficient testing systems, soldiers would be sent to the front where they would transmit the virus to hundreds, if not thousands of men. Those men would then travel by ship or train — very enclosed spaces — and transmit the flu to everyone on board and then to enemy soldiers.

In addition to the poor conditions at the front, the European and American government and media reactions also had a significant role to play in the spread of the Spanish Flu. The first doctor to discover the Spanish Flu was Dr. Miner from Haskell County, Kansas. He noticed the brutal influenza symptoms in one of his patients who then developed heliotrope cyanosis (or discoloration of the skin due to lack of oxygen). When Dr. Miner reported his findings to the Public Health Services; they ignored him because they were overwhelmed with the war effort. Later on, the government in countries participating in the war banned any news coverage concerning the Spanish Flu. This lack of news coverage allowed the virus to make its way from Haskell County, Kansas to the war front and back again to the soldiers’ families.

Why Is It Called the “Spanish Flu”?

Contrary to popular belief, the Spanish Flu did not originate in Spain, but in Kansas. It’s known as the Spanish Flu because Spain held a neutral position in WWI, so, when the king of Spain Alfonso XIII contracted the Spanish Flu, the Spanish media erupted with news coverage about the flu, which was not restricted by their government. Eventually, the news of this deadly virus reached the rest of the world where it was then dubbed “Spanish Flu” (sorry Spain!).

Why the Coronavirus is Different

Unlike 1918, today we have much more knowledge of the nature of viruses, like the Spanish Flu and the coronavirus. We know that viruses like these cannot be ignored and that we must take extreme care to be hygienic. Additionally, many people around the world now have the ability to work from home, an option that just did not exist at the time of WWI. The impact of our ability to physically distance ourselves today hopefully will have a great impact on the number of cases of the coronavirus. In just over a year the Spanish Flu infected nearly 500 million people and killed 100 million, and in about four months the Coronavirus has infected nearly 2 million people and killed 119 thousand. Our knowledge will ensure that the coronavirus will not reach the same level of tragedy as the Spanish Flu. 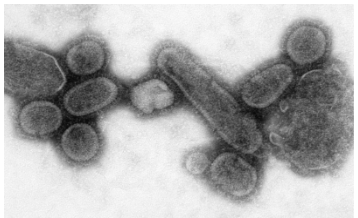 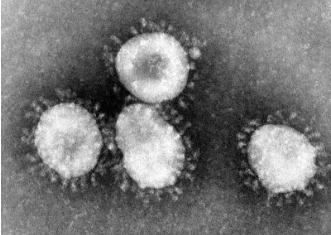