“All Lives Matter”: The Issue with This Response to the #BLM Movement 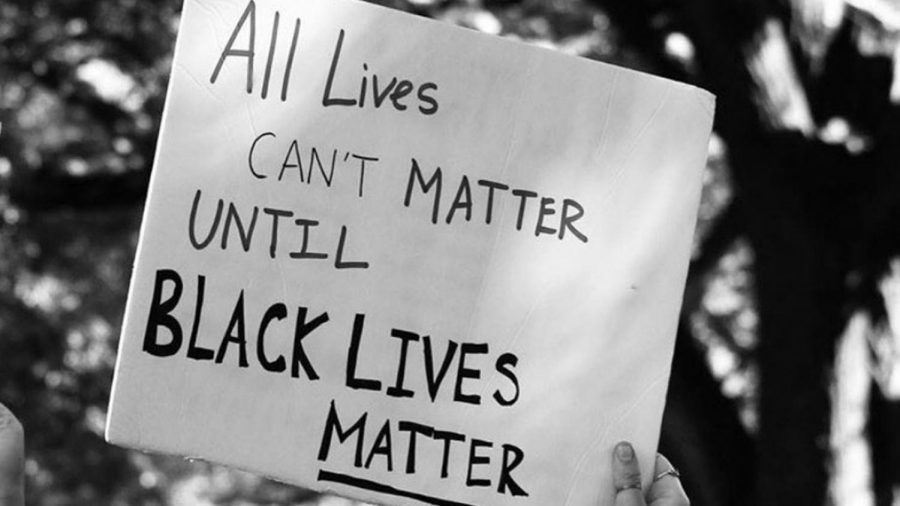 As protests take place across America in wake of the brutal murder of George Floyd, celebrities and many other public figures and companies have taken to social media to give their opinions on the current situation. Some of these posts are centered around the message “All Lives Matter.” When this happens, the post will typically receive backlash in the form of disappointed and angry comments, a critical Buzzfeed article, and will probably be followed by a Notes app apology (to take an apology to the ~next level~, record a video apologizing and post to either Instagram, Twitter, or both).

“But why?” one may ask. “Why this negative response to a statement that I believe is inherently true?” Isolating one subset of society to acknowledge the value of their lives, such as in the statement #BlackLivesMatter, presupposes recognition that this group is more vulnerable in society. Identifying this group is helpful to raise awareness to their unique struggles. Though the statement itself is true, “All Lives Matter” fails to recognize the distinctive obstacles faced by the black community, including the significant mortality gap between white and black Americans that continues to exist despite gains in terms of health, civil rights, and socioeconomic circumstances. (Read this report for more information on the mortality gap.)

Saying that Black Lives Matter does not negate the value of other lives. I have seen the All Lives Matter slogan mostly in response to the message of Black Lives Matter. “But my non-black life matters, too!” While it does matter, it is almost besides the point when placed in the context of today’s conversations about race and privilege. Black Lives Matter is found on shirts, billboards, flags, and handmade posters across the country specifically because some people refuse to recognize that black lives DO have value. Saying that all lives matter shifts the narrative away from the racism that has occurred and still occurs. While it’s not wrong to say that “all lives matter,” it does not address the issues at hand.

I feel that an analogy for this scenario can be found in — believe it or not — Montrose’s academic awards. When a student wins an award for a specific class or characteristic, the teachers that granted the award are not saying that other students did not work hard in that class or exemplify that virtue. They do not say that the student who won is the only one who deserves the award. Instead, the award is given to an individual who deserves recognition and acknowledgment from others. The awards ceremony works as well as it does because the other students in the class are glad to recognize the winner of the award as deserving of it. Stating that Black Lives Matter does not invalidate the worth of other lives; it simply recognizes that black lives do matter, especially as there are people who would argue the opposite. This nation has repeatedly devalued and dehumanized black lives: slavery was legal in the United States up until 155 years ago. In a post-slavery society, segregation was still institutionalized until its outlawing in 1964, only 56 years ago. Even after segregation was legally abolished, racial discrimination against the black community still occurred routinely. For example, while Brown v. Board of Education ended the legal segregation of schools in 1954, white Boston residents violently protested integration twenty years later in the 1974 bussing crisis. Even today, the racial makeup of schools across the United States varies widely. Because the black community has repeatedly been discriminated against throughout American history, it is even more important today to declare that black lives matter, that they always have mattered, and that they always will matter.

By saying all lives matter, regardless of intention, the narrative is shifted away from the racism and oppression that black people face in order to insert everybody into this story. When saying that black lives matter, one acknowledges the racial prejudice that black people face throughout their entire lives. Saying black lives matter does not erase the fact that non-black people can still face oppression and discrimination in other forms; it instead brings attention to the specific burden of bias and discrimination that that black people have carried throughout history. As somebody who is half-Filipino, half-white and can additionally pass as 100% Caucasian, I will never know that specific burden; I am privileged because I will never have to face that prejudice and hate. As a person with racial privilege, I am called upon to cry out that black lives do matter. As a person with racial privilege, my role today is to uplift and promote a movement that is about others rather than trying to find a way to make it about myself. As a person with racial privilege, it is important to understand that nobody is contesting that my non-black life matters; it is important to say “Black Lives Matter” because, unfortunately, it is not a truth that is universally accepted.

To summarize, I am not here to say that all lives do not matter. Instead, I hope that this article causes you to pause and contemplate the implications of the statement “All Lives Matter” in today’s context and reconsider making that statement in response to the #BLM movement. We all have a responsibility to learn our country’s history — both positive and negative — and to meet people of diverse races to hear their stories. Statements such as “All Lives Matter” reflect a lack of knowledge about history and a lack of humility to recognize that others in our society have led different lives and faced different obstacles than many of us.