A Case for America’s Police 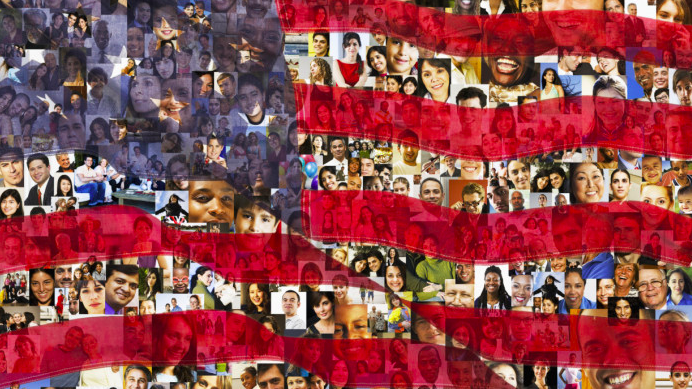 The coronavirus pandemic has wreaked havoc worldwide. But during all of the uncertainty, perhaps the most uplifting aspect of the pandemic has been the rise in gratitude for first responders. Our country has found a common enemy in this virus. We’ve bonded together in a time of separation — as a school community, a state, a nation, and a world.

But recently, it feels like much of that gratitude — specifically for police officers and the military — has fallen away. For some, the common enemy has shifted from the coronavirus to America’s police.

On May 25, 2020, George Floyd was murdered at the hands of Officer Derek Chauvin in Minneapolis, MD. Officer Chauvin’s actions have revealed and reminded America of the unacceptable flaws in our country that have perpetuated systemic racism. There are countless statistics and stories to underscore the fact that police brutality — along with mass incarceration and many other issues — are grounded in racism against African Americans. It feels especially disheartening that it took the death of George Floyd, Ahmaud Arbery, Breonna Taylor, and a painfully long list of others for this issue to come to the forefront of America’s mind.

Along with grief, confusion, and disappointment, the emotion of anger has dominated the past few weeks as well. Activists have protested against these same issues of racism for decades — and centuries — now. The aftermath of George Floyd’s death has unearthed long-standing anger over racism and police brutality. This anger has a long spectrum. At one end, there is rightful indignation, and at the other, there is the generalizing and enemizing of the police and military.

The message of this article is not to excuse or discount police brutality, or to undermine the enormous frustrations felt over the death of George Floyd and the continuation of racism in America. Rather, it is meant to bring light to how America may be able to adapt a more balanced or reflective view about this situation so we can move forward towards a better and more united future.

Back in March and April, many units of the National Guard were being activated to help administer supplies and prevent riots from breaking out over resources. My 20-year-old brother spent many days on call, waiting to hear the message that would tell him that he had 48 hours to put on his uniform, leave home again, and drive to his assigned location to protect our country. People offered prayers and support for our family while we waited to see if he would be activated.

In the past few weeks, it has become increasingly clear that my brother could be activated to help put down the riots that have spread nationwide following the death of George Floyd. We’re still waiting for that call. But somehow, I feel more hesitant to tell people that my older brother might be spending his 21st birthday at the end of the month on duty.

The current state of our nation has made me consider much about my views of our country and my patriotism as a whole. In the end, however, I have felt saddened and confused that our gratitude and patriotism for the military and police has been so quickly swept away.

Patriotism and support for the police system does not mean that you excuse police brutality or that you feel indifferent towards systemic racism that has plagued our country for decades. Patriotism in itself is an active love of country. It is the firm belief in our Constitution and liberty and justice for all. It is not taking a side, or playing a card, or representing a single party or politician — true patriotism is the motivation that tells us to face the real issues of our past and present so that we can build a better future.

I’m not African American, I’ve grown up in a safe suburban neighborhood, and I’m seventeen. I’ve grown up in a privileged life, taking education and first world resources for granted. I’ve never felt unsafe after seeing a police officer. I’ve never experienced severe discrimination, nor have I protested about it until last month. The anger over George Floyd’s death and so many others is real, and I can never say that I’ve undergone the caliber of racism that so many Americans experience today — economically, politically, and socially. In addition, anger over the police is real. Seeing videos and photos of police officers going out of their way to hurt protestors or escalate conflict, unrightfully using tear gas on rubber bullets on peaceful protestors, and many other instances is more than just disappointing. Seeing the long lists of names of those who have been killed at the hands of police brutality is heartbreaking.

But I do feel that taking out all of the anger of this situation on police officers and National Guard members is not only unfair, but also creates a narrative of the common enemy as “us versus them” rather than “us versus the issue.” It doesn’t mean that much of this anger isn’t justified — only that fighting this issue with the generalization of the police does not seem like the right answer. It saddens me to see new hashtags like #ACAB (“all cops are __”) and to hear arguments that we should abolish the police. Justifying this kind of narrative seems like a means to an end — one that trades violence for violence and one that is starkly dividing our country. Do people who support this narrative realize that cops and military members chose their career to serve our nation and protect its people? Do they truly think that people like my grandfather and my older brother want to perpetuate or uphold racism in our country? Do people think that my family is patriotic because we don’t care about real issues and excuse systematic racism with blind love of country?

I fully agree with the idea that it’s not enough to just disagree with racism, and that we must be anti-racist. We each have to face our biases and practice humility to listen to others and educate ourselves. By saying that people should appreciate the police and military, I don’t mean that the people I’m related to deserve a “pass” because they’ve never committed murder over the color of an innocent person’s skin. I mean that we must know that so many members of the police and military do have the best of intentions and want to be a part of this fight for equality — even if the police and military have a disheartening track record in racism. In addition, we cannot discount the countless acts of bravery and heroism our military and police have given throughout our history by simplifying or generalizing them.

I know that many people feel angered when they hear a response to this crisis that says, “well, there are good cops and bad cops.” I do understand why this can be frustrating — it sounds like people are responding to the unacceptable actions of Officer Chauvin by simply saying “well, there’s nothing we can do,” or “well, it doesn’t have to do with me, so it doesn’t matter.” Of course there are things we can do — things we all need to do. The social upheaval we have all witnessed in the past month should widely demonstrate that change is needed to better our country for all.

But in the end, I hope that this crisis won’t cause people to adopt a new distaste towards every police officer or military member they encounter — a distaste I feel that is already present and unfortunately growing. It is unreasonable to minimize every member of a party, organization, or any other group into a single box, and it prevents progress. Rather than agreeing that every single police officer is like Officer Chauvin at their core, or that every single police officer doesn’t care about real issues enough to change, there are better ways to stimulate real progress. Reallocating funds, increasing police training, and other methods are just a couple of ideas that have been brought to the table.

Two weeks ago, my family had the chance to visit my grandpa (through a screened window and with masks) for the first time since March. My grandpa served in the army in World War II and is a retired Boston policeman, and my great grandfather was also a policeman. I’ve grown up listening to stories of the outright heroism and selflessness that my grandpa practiced on the job. I’ve heard about how much he sacrificed to support his wife and eight kids. Those stories will never be discounted or abbreviated in my mind, and I will always be proud that he is my grandpa.

But it’s still complex. As I mentioned previously, these past few weeks have made me deeply reflect upon my patriotism. I’ve grown up with a veteran for a father who mentions that he’s a Marine every single time he meets someone new. I have numerous extended family members who are in the military and the police, and my brother is right now. For us, July 4 and other patriotic holidays have never been just a day off, but a day to remember how much so many Americans have sacrificed for our freedoms enshrined in the Constitution.

If we decide that patriotism and love of country is a political statement, we lose a great weapon — our unity and the identity that bonds us together as Americans. The pain that some Americans experience because of perpetuated injustice is a burden I have never had to carry. Some feel that they don’t want to celebrate our country and its flag until it can better serve all Americans, no matter their race. But why should we let a single group or anyone who excuses injustice be the representatives of our country? Why can’t we all be representatives for American patriotism — the active love of country that fights for liberty and justice for all?

America is facing a great reckoning, as many have coined the past few weeks. But I truly believe that if we can ground ourselves in true patriotism and a desire for justice, we will not only learn from this, but also create better, unified, lasting change. The question we must ask as individuals and as a nation is: what do we want to be our common enemy? And what can each of us do to fight it?

I hope that this article can open up further conversation. I really look forward to talking with anyone who is interested in reaching out. Feel free to email me at the address below, or text/call me if you have my number!