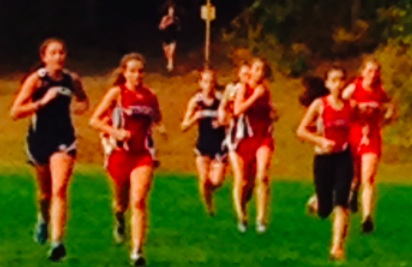 When it comes to Cross Country, “Montrose is part or something larger,” according to Athletic Director, Coach Blackburn. On October 4th, Montrose competed in a co-ed race at Roxbury Latin, which included nine schools and 110 competitors. Katrin O’Grady finished in 4th place, just 22 seconds behind the lead runner.

“The course was difficult and included a hill that was a monster,” Coach Blackburn added. Cheering teammates greeted the “11 girls who wore the red for Montrose,” she said.