Newsies at The Roxbury Latin School 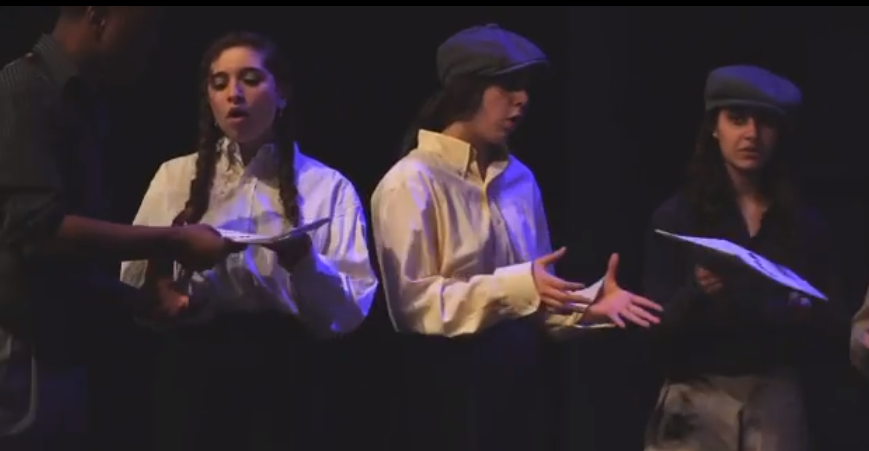 On February 28, Roxbury Latin in West Roxbury performed the musical Newsies. Several Montrose students have brothers who attend the school, meaning that a large group of Montrosians attended the Friday night show. Montrosian Nina Chehwan ‘23  played Hannah, who is Mr. Pulitzer’s secretary, as well as a newsie.

In Newsies, a group of newspaper-selling kids fight for their rights as they take on the newspaper publisher, Mr. Pulitzer. He raises the price of the papers for the newsies, but the price that the newsies sell them remains the same. They have to sell 25 more newspapers just to earn the same amount of money that they always have. Jack Kelly (played by Nina’s older brother, Nick Chehwan) leads the newsies and other mistreated working children on a strike for better rights and pay while the reporter Katherine Plumber writes their story for all of New York to read.

The musical is full of high-energy numbers like “Carrying the Banner,” “Seize the Day,” and “King of New York,” as well as slower ballads like “Santa Fe” and “Something to Believe In.” While this production of Newsies does not have as much dancing and heel-clicking as one might expect, the cast brought tons of energy to the dances they did perform. Of course, all of the newsies were sporting newsie caps and attitudes, but the rest of their costumes were very authentic as well as funny. Chloe Stefani ‘24 said, “Teddy Roosevelt’s mustache made him look like the Lorax.” Roosevelt was played by Teddy Glaeser, brother of Eliza Glaeser ‘24, and Les, a younger newsie, was played by Tommy Reichard, brother of Caroline Reichard ‘21.

Overall, the musical was high-spirited, and it was so much fun to attend. I can’t wait to see what musical Roxbury Latin does next!