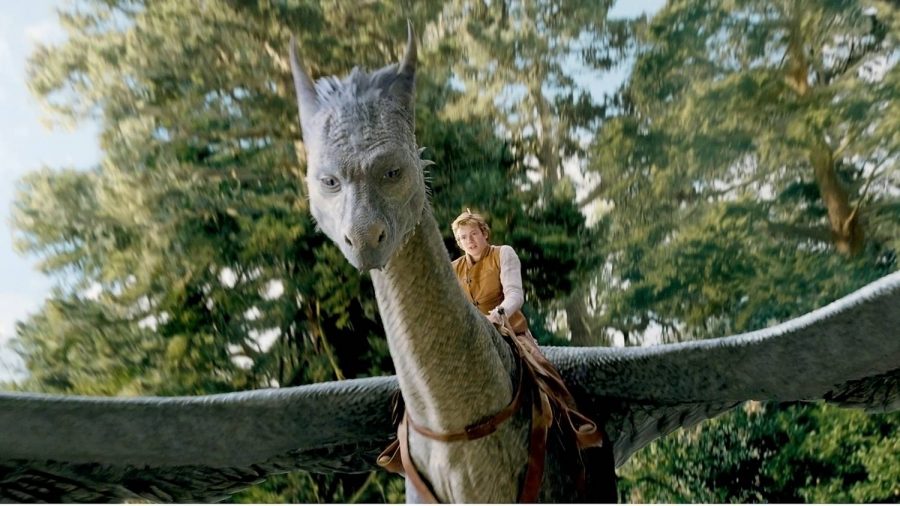 The series The Inheritance Cycle has many unexpected twists. The series is a book of adventure, action, betrayal, and a little romance. There are four books: Eragon, Eldest, Brisingr, and Inheritance. These books are each long, but once you read enough of the book, you get sucked into it and can’t stop reading. I completely recommend these books to all those who enjoy reading. They are great books to read over the weekend and in your free time. There is a movie adaptation of the book Eragon, which is a good movie, but is not very similar to the book. Even so, I recommend you watch it after reading the book.

Eragon is a 15-year-old boy who lives in the village of Carvahall. Carvahall is a small village in a huge empire ruled by an evil, unfair, and powerful king named Galboratrix. Eragon’s life changes forever when he discovers a blue stone in the forest. Little does he know that the stone is a dragon egg. When Galboratrix became king, there was a huge war between the Riders — the people who rode on dragons as a team to overcome evil — and Galboratrix. Galboratrix defeated all the Riders and killed them. All dragons died except for three eggs. Galboratrix seized the eggs and hid them in his treasure room. The Varden, an army rising against Galboratrix, stole one of the eggs, which weirdly appears in front of Eragon while he is hunting. When Eragon touches the egg, the dragon hatches. A baby blue dragon comes out. As soon as Eragon touches it, he is instantly bonded to it. He names her Saphira. Saphira and Eragon set off to train and master his magic to be able to outmatch Galboratrix, who was the only Rider, besides Eragon, left. Eragon meets many people including elves, dwarves, and Urgals (a beast/ram/human being). Eragon and the Varden team up to fight against Galboratrix and defeat him.