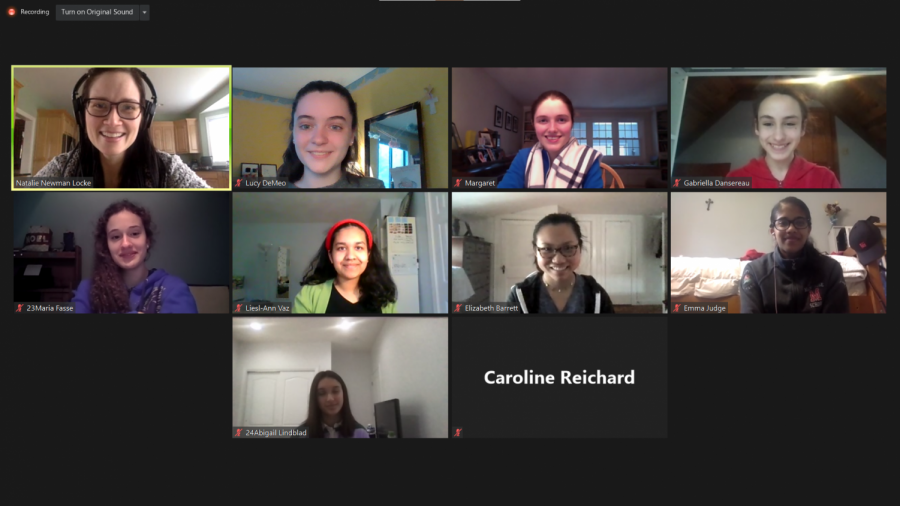 This year, instead of doing a previously established play, some of the students at Montrose, along with Mrs. Locke, wrote one of their own. A few months ago, they began the screenwriting process by brainstorming ideas for the plot and the characters. There were lots of ideas and the students worked to incorporate as many of them as possible into the storyline. In this time, because reality can seem so tiring and dreary, the authors opted for a fantastical fairytale style play — specifically written to be performed live and aired on Zoom.

Without giving away too many of the surprises this show has in store for its viewers, I’ll say that the production incorporates princesses, pirates, rebellions, and a sense of mystery to deliver an exciting experience full of twists and turns. After drafting and finalizing the script, the rehearsal process has begun, and the actors and crew are working to make this adventurous show come to life. The plan is to present the performance virtually in early April through live acting on Zoom. This play is a great opportunity to see the adaptations made by everyone involved during the Covid-19 pandemic, enjoy the talents of the actresses and crew members here at Montrose, and be entertained by this one-of-a-kind production.