The Looking Glass • May 20, 2021 • https://lookingglass.montroseschool.org/arts-entertainment/2021/05/20/book-review-the-lake-by-natasha-preston/ 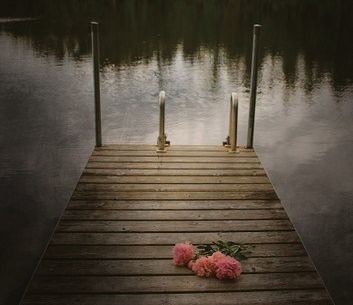 My mom recently got me two books. I had to save one book for my trip to Florida, but the other one was for fun. They are both different genres. The first book is The Lake by Natasha Preston, and the second is Red Queen by Victoria Aveyard. The first step, deciding which to read first, was the hardest. The Lake is a mystery and Red Queen is a fantasy. At that particular moment, I did not feel at all like reading about kings, queens, dragons, and “save me I’m a damsel in distress” kinds of situations. So I picked the other option, The Lake.

I ended up finishing this book in about four days; yes, it was that good. I noticed at the fourth or fifth chapter that what the author does is she avoids telling you the biggest secret in the book that basically the whole plot is built upon. I know that sounds a little bit crazy, but it’s what my language arts teacher Mrs. Roberts calls a “hook.” This “hook” is very intriguing, as well as aggravating and is probably the reason why I finished it in four days and could not stop reading.

Before I tell you why I loved this book, I will tell you who I recommend it to. If you do not mind murder mysteries and books that are a little bit gory, then you would really like it. The ending, let me tell you now, is pretty shocking and aggravating. Aggravating, like jump into the book and start kicking and punching the villain out of rage kind of aggravating.

The book takes place in Texas, where two best friends decide to return to their once loved and treasured summer camp, even though they have a massive secret from ten years ago that they told no one about. The author doesn’t end up telling you the “massive secret” until almost the seventh chapter, which may result in excessive reading.

This big secret has to do with a psycho girl who ends up making the ending as aggravating as it is. I know I am allowed to tell spoilers, but I feel like it would ruin the mystery of the book, so go read it!

For more proof that this book is awesome, I gave it to my friend Keira to read, and she said to me two days later: “I can not stop reading it. I feel like I need to duct tape it to my face so I can read it wherever I go.”

The amount of twists and turns makes the book hard to stop reading. I recommend it for teens who love mysteries.