Les Mis: Reflections from the Cast 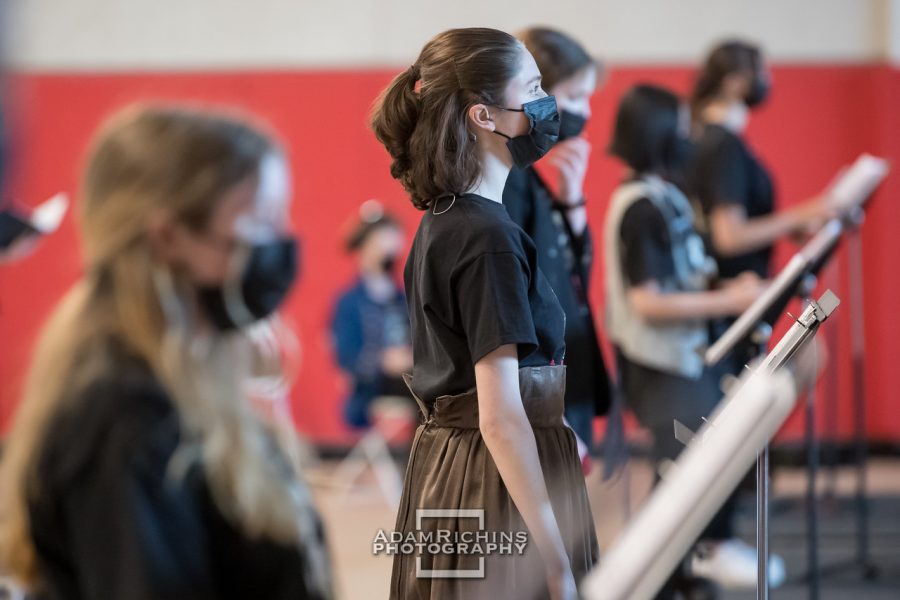 The cast of Les Mis at Montrose performed successfully Thursday the 20th in front of an in person audience.

After long hours of rehearsal, the Montrose production of Les Miserables is complete! Now that the adrenaline rush of tech week is over, the cast has had time to reflect on the show and the countless songs within it. With only a few weeks to put on such an ambitious show,  the cast was happily surprised to see how it all turned out.

Chloe Stefani ‘24 said: “It went way too well for us only having about 4 weeks of rehearsal. Normal shows that aren’t as challenging as this one normally do not come together this quickly. What we did was pretty impressive considering the difficult material and the time crunch.” Anna Sheehan ‘21 agreed with Stefani and said: “It was incredible. This cast really appreciated getting to perform in a show because we saw just how much work is required to make it happen, especially with wacky circumstances. Because of the challenges, we are grateful; because we’re grateful, I think we had the most fun we’ve ever had putting on a show.” According to Ms. White, who was part of the faculty ensemble, “It was amazing we were able to have an in-person musical this spring.”

The relief was evident on every cast member’s face after taking our final bow, as all of the hard work had finally paid off. Anyone familiar with the show can attest to the difficulty of the music and production. To help, Ms Lechner conducted the entire 300+ page show from the mezzanine. Chloe Stefani ‘24 thanked Ms Lechner, and said: “She learned how to conduct the show in less than a week after initially being a cast member. Les Mis is no easy task to conquer and she did it in absolutely no time at all while managing her classes as well!” It is true, the show would not have been nearly as successful as it was if it weren’t for Ms Lechner queuing us in and telling us to “speed up” or “slow down.”

Les Miserables was a unique show. For one thing, the show was on a Thursday with school the next day. While at first it may sound like having to go to school after a performance is a complete disadvantage, Chole Stefani mentioned both pros and cons of the date. According to her, “Considering I zoomed in the next day due to being over tired, I would have definitely liked Friday show, but getting to hear what everyone thought of the performance the next day was also really nice.” While it might seem like an odd decision, Anna Sheean explained it, saying “It made sense since originally it was going to be outside, so Friday was our rain date.” On the subject of timing, she added that “Night performances are ideal because they have the best lighting.”

Talking about the concert format, Mrs. Locke the director said: “Initially, the plan was to do it outside — maybe under the graduation tent, maybe on Miracle Field — and with some unknown or undetermined variables. Knowing that we’d have at least some restrictions helped me decide from the outset that it would need to be a concert version of a show — and it seemed like the perfect storm to do Les Mis.” Despite the challenges, Mrs. Locke said: “ Confining circumstances can provide great opportunities for creativity,” and the show that resulted from those difficulties turned out to be an amazing experience all around.

All in all, everyone was thrilled to put on an in-person show and was excited to get things back to normal. From pizza runs to getting hyped up before the show to laughing about people’s death scenes (specifically the one where my flag wouldn’t open… so much for a dramatic exit), the show was a great hit. Elyza Tuan ‘23 perfectly summed it up by reflecting: “I think even though it wasn’t a perfect performance, it was just what we needed to start getting things back to normal. And it was the perfect show choice because the music carries the show, not the plot. So even if you’re so confused about the plot (which we had trouble conveying since we had no scene or costume changes or any backdrops and minimal props), you can still be uplifted by the beautiful music.”