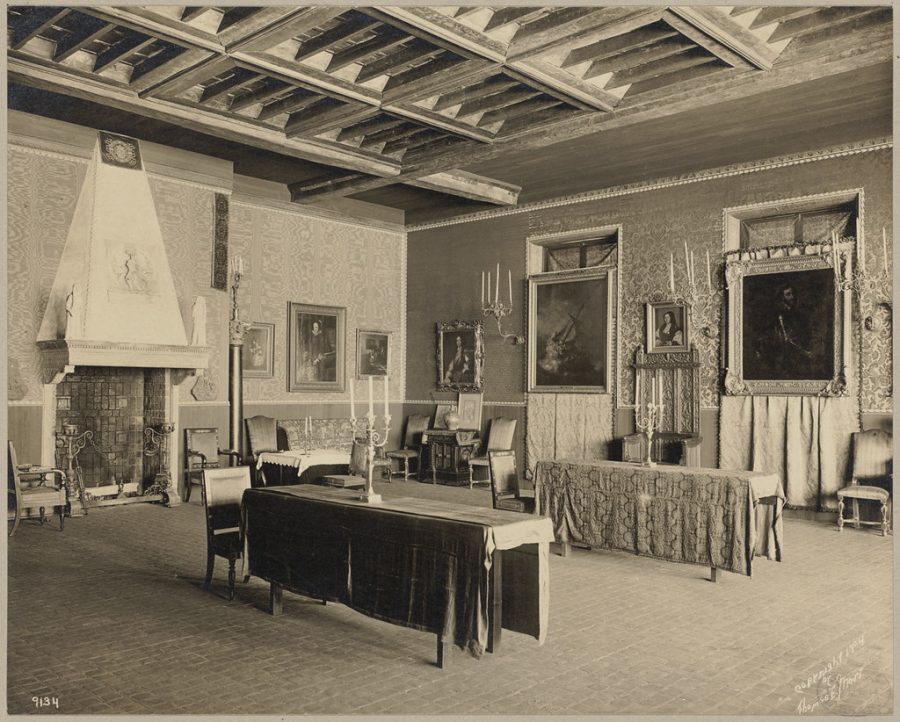 The Isabella Stewart Gardner Museum's Dutch Room, from which the most famous artworks stolen in the heist (including Rembrandt's Christ in the Storm of Galilee, A Lady and Gentleman in Black, and Vermeer's The Concert) were taken.

This past April, my dad and I made a six hour round trip drive up to Stowe, Vermont. We made our way across state lines and through sun and snow as we listened to WBUR’s Last Seen series on the great art heist at the Isabella Stewart Gardner Museum. Having visited the museum several times (and as a victim of theft of Gardner art myself), I was especially intrigued by the case and happily agreed to listen to the entire five and a half hours of the podcast. As we sat in an artsy pizza restaurant in Vermont, we mulled over the first five episodes, which we had just finished.

Early on the morning of March 18, 1990, as Bostonians slept after annual St. Patrick’s Day revelries, alarms rang at the Isabella Stewart Gardner Museum. Two uniformed men, granted entry by the night guard, left the two security guards bound and blindfolded in the museum’s basement, unable to report the ongoing theft. In just under an hour and a half, approximately $500 million dollars worth of art and artifacts disappeared from the museum and remain missing today.

The Isabella Stewart Gardner Museum has offered a reward of $10 million dollars for anyone that brings them information leading to the recovery of the artworks. Yet 30 years after the theft occurred, none of the 13 stolen works have been retrieved.

This past week, news broke about new updates on the thirty-one year old case. In an interview with The Boston Globe, local jeweler Paul Calantropo gave a public account of his encounter with Bobby Donati, his longtime friend, and the stolen Napoleonic eagle finial not long after the theft occurred. Donati, a known criminal with mob ties, asked the jeweler to appraise the eagle, which Calantropo immediately recognized from news reports as one of the stolen pieces from the Gardner. Bobby Donati left Calantropo’s shop after he was informed that the highly publicized knowledge of the piece as stolen rendered it “worthless,” as Calantropo told The Boston Globe. A year later, Donati was brutally killed in what was likely mob-related violence.

Fearful of consequences, Calantropo remained silent until 2016, when he spoke to the FBI about his meeting with Bobby Donati. This new information immediately sparked further investigation into Donati’s past whereabouts and potential storage spots for the missing artworks. Though the trail turned up cold at the time, the recent publicity of the case from Calantropo’s interview may spark even further investigation into the heist. Many hope for the return of these pieces to right the wrongful theft of valuable artwork so they can be publicly viewed once again — works by masters like Rembrandt and Degas ought to be on display for the public for inspiration and educational purposes. Beyond remedying the heist, discovery of the stolen work would satiate the curiosity roused by a case left unsolved for decades. Hopefully, Calantropo’s interview about Donati and the stolen eagle will help lead to future recovery of the art (and a $10 million dollar reward for those who find it).

If you’re interested in the case, I can’t recommend the Last Seen podcast enough. You can listen to the series here on WBUR’s website, on Apple Podcasts, and on Spotify.