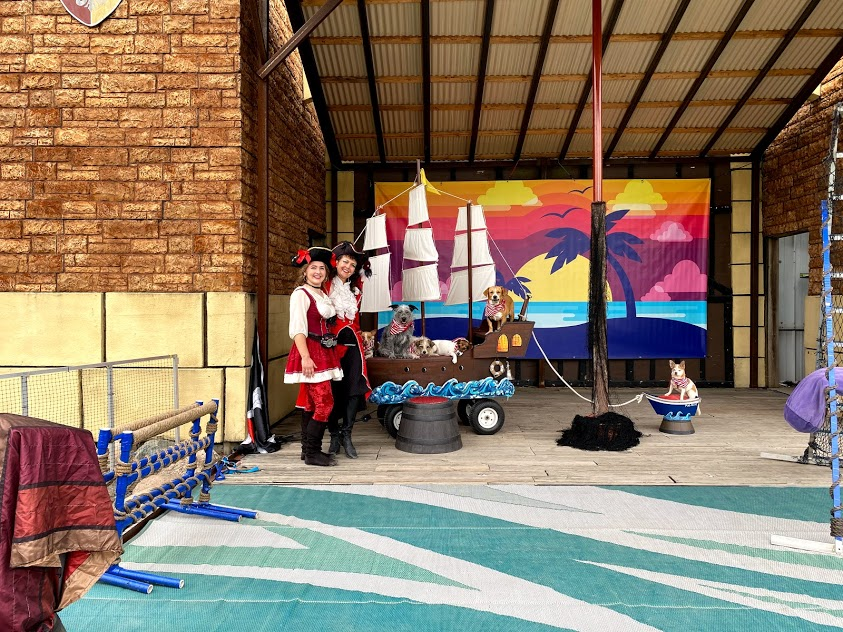 Many think of Iowa as that state in the movie Field of Dreams or just some flat land with a little bit of corn and soybeans, and they are pretty much right. Although the state might be geographically monochromatic, the people there are anything but bland. I experienced the exciting aspects of Iowa and other parts of the country on a road trip to a Renaissance fair last summer.

As I walk to a stage turned castle at a renaissance fair, duck clutched with one arm and a chihuahua in the other, I greet the sword fighters. They are very friendly and are startled from the quacking coming from the crate I’m carrying in my right hand. I would have liked to introduce them to “Julia the Physic Duck,” but the “Puppies of Penzance” pirate puppy show was about to begin and I had to get Julia the Duck there in time. Yes, it sounds like a dream, and it kind of felt like one too.

I had the best conversations with Amy, the lady in charge of jousting at the fair, who had never met anyone from Massachusetts before. That led me to realize: I couldn’t name anyone from Iowa either until I showed up there. Amy always tells the best stories of life in Iowa and what it is like to have jousting horses.

I was initially hesitant to go on this adventure because school was starting soon, and I was anxious about missing classes. Everybody told me to “just go” or “you are going to miss out on the opportunity of your lifetime” and since I’m easily convinced, you can probably guess what the outcome was.

I flew to Florida and drove to Iowa with my aunt to witness the way of life in many states that I had never been to. From living through a thunderstorm with seven dogs to learning to cook eggs in the microwave, I certainly broadened my experiences on this trip. Little did I know that sleeping in Walmart parking lots in trailers or trucks is a widespread practice and that there are Facebook groups dedicated to finding the best Walmarts for this purpose. I soon became a member of this community and learned what made Walmart a good (or bad) place to spend the night.

My aunt always says, “Trust your gut instinct. If you don’t feel right, leave. No hesitation.” This, and many other pieces of wisdom she shared with me, I soon put into practice because I learned that life on the road is no easy lifestyle. Living off one tank of water for three days means no showers and no wasting water.

After a broken windshield wiper in a lighting storm and a flat tire, we made it to Iowa safe and sound. Soon we were preparing to greet eager Renaissance faith attendees, or “Rennies” for short. Very few of these fairs were still happening due to covid, so many people from other states arrived at this fair.

The Renaissance fair world is one of community. Every day at the morning meeting, cast members such as my aunt and I would be greeted by the owner of the fair. His laughter was contagious as he joked about the pirates and the fairies, the sword fighting show mishaps, and so on. There was no lack of support among the cast and everybody knew they could rely on each other. Our neighbors in the trailer park at the fair were just one example of the community at the fair. They would greet us every morning and introduce their bird to us. Their job at the fair consisted of giving massages and selling armor. I met many interesting people who exemplified the saying: “If you do what you love you never work a day in your life.”

Overall, my trip to Iowa was by far the most peculiar yet exciting trip I have ever taken.