The Looking Glass • May 22, 2018 • https://lookingglass.montroseschool.org/sports/2018/05/22/eight-montrosians-compete-at-nepsta-champioinship/ 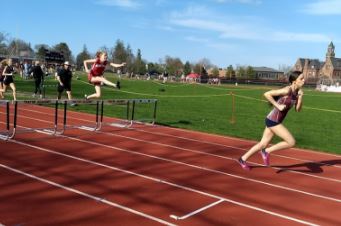 The Track team, started out as a club, and is now in their second year of running, jumping and tossing — strong! With four supportive coaches, the girls have attended 6 track meets, ending the year on May 19th at the NEPSTA championships in Bath, Maine. In order to qualify for championships, girls have to race for a qualifying time in three meets. Girls had opportunities to qualify at Thayer Academy, Belmont Hill School, and Notre Dame Academy.

Eight girls qualified for the NEPSTA championships, and made their way to Bath, Maine on Saturday, May 19th. Upper and Middle schoolers alike all brought their best that day, everyone gaining their personal best times in each race. Tess Farr ‘22 scored 6th in the 400 meter race while Hannah Marino ‘18 ran her last high school track race (the 2 mile) gaining her personal record. 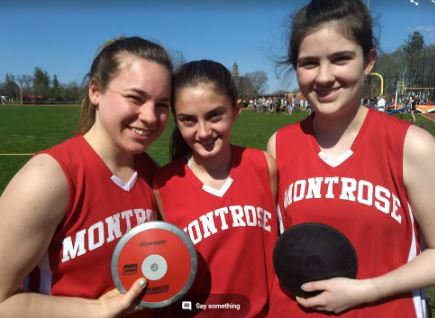 With 13 new members and more than half of them beloved middle schoolers, they fearlessly tried new events, competing in varsity meets and sometimes came out as the top competitors of each event!

Returning members brought even more energy and enthusiasm than last year to practices at Xaverian, improving in events such as the relay. All the training at the practices paid off. All the hard work certainly earned pride for the Montrose Track Team, now eager to run again next year with a new long jump pit on the Montrose campus! 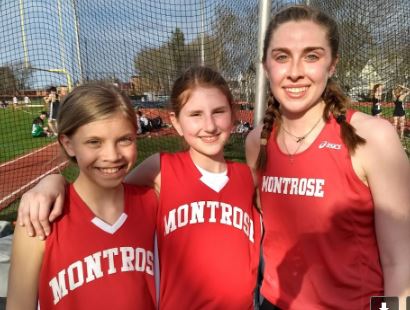