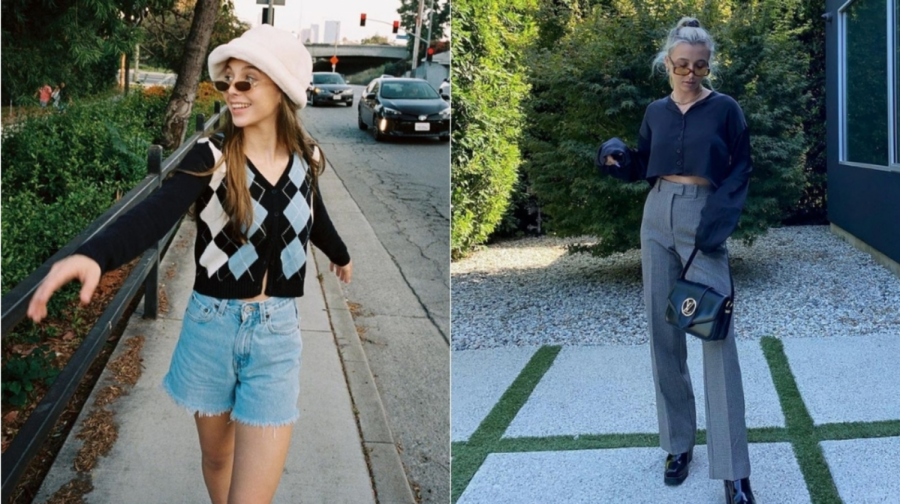 Emma Chamberlain started her YouTube channel back in 2017, like many teens, with the hope of becoming the next YouTube sensation. It took only two months for Emma to get noticed, with her first viral video hitting over four million views. Emma stood out from the rest because she had a unique personality and style of her own, so it didn’t take very long for her to become the next big trendsetter. If you think of today’s biggest trends, it’s most likely that they are popular because Emma was seen wearing them.

Trends that you see all over, like sweater vests, dad sweaters, Dr. Martens, yoga pants, shoelace belts, and even scrunchies all became trendy because of Emma. Her influence on the fashion industry started to quickly grow as people started depending on her to show them what to wear. Emma’s social media comments are flooded with requests of wanting her to  “show people what to wear for summer.” Many teens now depend on Emma to stay in tune with the trends, and they follow her looks religiously. I think what draws people into Emma’s style is how new, fresh, and different it is. Many of her outfits can be described as never seen before, or some even say “weird,” but she still always pulls them off and encourages others to do the same. Nobody wants to look at the same boring outfits all of the time, and Emma’s looks definitely spice things up.

Emma has also shared her love for thrift shopping with her audience, which caused a huge increase in second hand shopping over the past few years. This is a huge deal for the fashion industry because this limits fast fashion and encourages others to thrift, as it’s now very trendy. She’s not only serving looks, but also saving the environment.

This influence in fashion has brought Emma many huge opportunities. Of course, her viral YouTube channel had a part in this as well, but her new fashion status has landed her many brand deals with huge designers such as Louis Vuitton. Although she began as a YouTube star, Emma is now seen as one of the biggest fashion influencers of our time.