A Tribute to Our Speech Captains 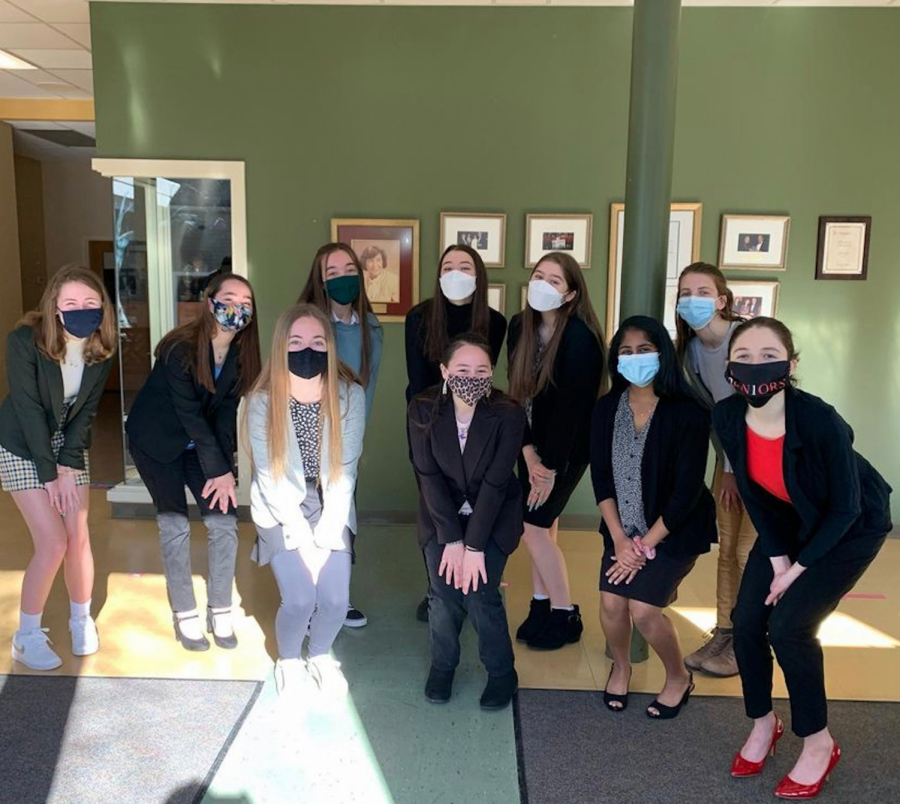 Speechie Theresa Marcucci '23 gives a shout out to her captains and an overview of the novel form of speech tournaments.

In an ordinary year, speech tournaments are all day events, when a bunch of different schools come to one building and students compete in different rounds in order to try to win their category. Starting with last year’s state finals, all the tournaments moved online to a special “speech zoom” platform. This, of course, is very different from what speechies are used to. The new senior captains assumed their role among completely novel forms of competing, practicing, and even performing. Seniors Anna Sheehan ‘21 and Lucy Stefani ‘21 took the job by storm, leading the team multiple to place 4th overall in the state tournament and making sure we all had fun along the way. Anna Hvidsten ‘23 said “Even in a really hard year where there’s a lot of difficult things happening in the world, Anna and Lucy were able to bring such a light to our Tuesday and Wednesday meetings that made this year feel more normal.”

This year, Anna Sheehan has performed in the multiple, dramatic performance, and impromptu speaking events. To have three different categories, two with scripts and one that you make up on the spot, is not an easy task. Anna performed each with enthusiasm, perfect comedic timing and eloquence. Lucy has also performed in the multiple event, and let me tell you, her role as Chandler in the Friends piece was impeccable. Not only did she get into character and deliver her lines with a glass of humor, but she also adapted to the online format, using her camera in order to create the scene and action.

Both Anna and Lucy have practiced individually with team members throughout the year; each time someone performs at a tournament, they practice with either Anna or Lucy beforehand. They led Zoom speech practices, which may sound simple, but in reality is a mixture of lagging warmups, action scenes in freeze improv without anyone actually being in the same room, and major schedule juggling as people have busier schedules.

Despite these difficulties, our captains made this year one of the best yet for the Montrose speech team. Lucy DeMeo ‘24 said: “At the beginning of the year, there weren’t a lot of clubs actually happening, but [the captains] were really good about including and making things happen and helping people get to know each other.” We have laughed, placed, broken, received bids, waited for Chloe to show up to warm ups, created our first piece of merchandise, had numerous photo shoots, initiated a new mascot (which, by the way, is our second, R.I.P. paper towel roll) and over all, improved. Speech Captains

Thank you Lucy and Anna for an amazing year of speech! It would not be half as fun without you two. We will miss you next year and wish you the best of luck at college! Lots of love from the Speech team.