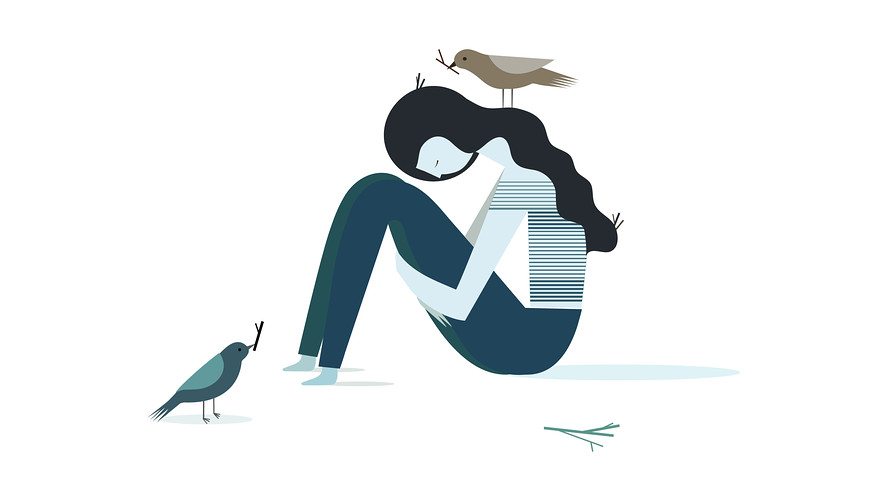 The stress of failure can de damaging towards mental health.

Ever since our childhood years, teachers, parents and other figures of authority have placed a symbol on our work, denoting how good or bad that piece of work is. As kindergarteners, our teachers gave back our paper with a sticker if we traced the lines well and no sticker if we didn’t. When we wrote reflections in third grade about the field trip we went on as a class, our paragraphs came back scrutinized, with red ink all over the cursive we failed to write perfectly. In elementary school classrooms, when children behave badly or break the rules, their clothespin moves down a notch, and if they behave well it moves up. From our youth, we have either passed or not passed, succeeded or failed— and every time we did something that meant anything, someone gave it a label: right or wrong.The letters and numbers that we receive now, in high school or middle school, mean even more than what they did when we were children. The stakes are higher, and the expected level of success has risen with it. The lines between a failure to understand something and the failure as a person begin to blur and assignments start to hold greater significance to our emotional state.

When you reach high school, it often happens that students work for grades instead of working to understand or to learn class material. It seems necessary, because focusing on the learning aspect may cause a trip up or a falling behind. The daunting task of applying to and getting into college turns our focus away from the intellectual goal of gaining knowledge and puts unintentional blinders on us. We restrict our vision to numbers and their meaning. It is inevitable that you fail a test at some point in your high school career. It’s just how the odds work out. And when people do fail tests they laugh, maybe cry, and announce that they are stupid. The laughter and tears hides a deeper truth— they are disappointed in themselves.

There is an idea in our society that to fail is to do something wrong. Which makes no sense because to do something wrong, you need to do something actually wrong. killing someone or stealing or cheating, breaks the moral code of natural law. But failing a test as an act is not something morally wrong. It’s just a measurement of how much material you understand, or your ability to do some task. And people who know less are not less good, they just don’t have the same level of understanding as maybe a genius does. When you fail a test, you have done nothing wrong, you actually are more wise for it. As Socrates would say, wisdom is knowing that you aren’t wise. And you certainly know you aren’t wise when you get a 28 on a math test. A failure then, is advantageous. Because from it, you know precisely what it is you don’t know and how you can fix it.

When failure is stigmatized, a single failure becomes an identity trait. How many times have you heard someone say, “I am a failure.” Even in a joking way, it’s simply not logical. To say that you are a failure is to say that in your formation and creation there was some measurement of quality and you didn’t quite pass the success mark. Which has nothing to do with the physics test you just took, which you turned in with tear stains on it. At the very least, if you are a failure, you were one from birth. The level of competence which you show has nothing to do with it, you could make 5,000 mistakes and it says nothing about who you are. Because you are more than the things you do.

And in the end, the things we do in high school have very little meaning. It’s very important to try your best and learn as much as you can. As long as you do that, you’ll end up where you need to be. Maybe you are not so good at math and can never understand anything about calculus. That probably just means you aren’t supposed to do math. Great! Be an English teacher! Be a film director! Be a historian! You have so much potential outside of your failures, that to focus on them and create an entire personality trait out of them is a waste of time. Live your life! And if you fail, you’ll be all the wiser for it.