The Meaning of the Christmas Star 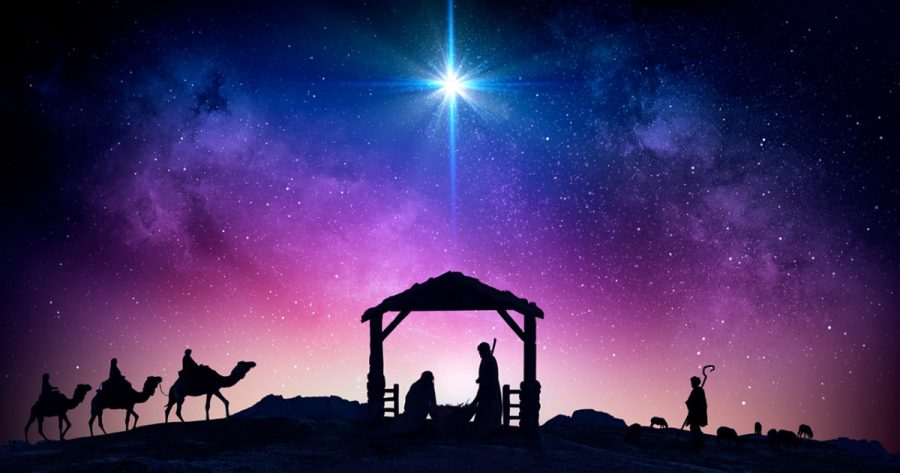 One of the many images featuring the Christmas star in the nativity scene.

Every once in a while, you unlock a core memory and take a stroll down memory lane. Recently, I remembered the annual Christmas pageant my elementary school used to put on, specifically the first one I was ever part of. As a small school that was just starting to actually be a school, the Christmas pageant was pretty special. We went around reading the Christmas story from the Gospel, and everyone was dressed up as a character. Not really having very many costumes, we decided that one of our kindergarteners should be the Star of Christmas. So there she was on the day of the pageant, standing on the window with her arms out wide, unable to see anything, playing her part beautifully.

The Christmas Star is an intricate part of the Christmas story. It’s present in the artwork of the nativity scene and is the instigator which brought the wise men to visit Jesus. Every part of the Gospel has significance since it was inspired by the Holy Spirit. But sometimes little details can get lost in the big picture of things, so why is the star even there? And what can it tell us about God and His plan for us?

The closest star to earth is about 25,300,000,000,000 miles, or about 4.35 light-years, away. That means that the movement of the stars happens more than 4 years before we actually see it. The presence of the Christmas star must have been thought about beforehand. It couldn’t have been a spur-of-the-moment addition. The three kings also hadn’t just noticed the star a few months before Christmas; they had been tracking it for years before they followed it to Bethlehem. It couldn’t have been fleeting since you will note that the stars are giant balls of fire and not necessarily super easy to move.

The Christmas star is an example of God’s omniscient plan. He sees everything because He is outside of space and time, and He has a plan for how everything works out. He had planned for the star to be a part of this special story from before the world even existed, and it ended up being a very important part of the story. Sometimes it can seem that things are happening for no reason or that God isn’t even paying attention to us, but in reality, He knows the number of hairs on your head and has a detailed plan for your happiness. God has had this plan since before you were even born, and even the things that seem like failures in the moment are rather opportunities for greater joys. The Christmas star is a yearly reminder that God is always looking out for us and has a plan for our life.