The Latest: College Board Postpones SAT and Amends AP Exams 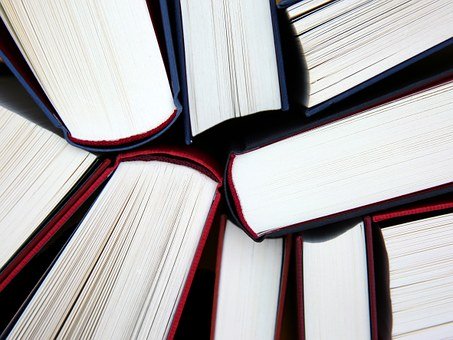 When the junior class found out that the SAT was canceled until June, our first reactions were “What about colleges?” and even “I’m sobbing!” I was totally in shock myself. I had taken so many SAT review courses that I felt like I needed to get the SAT over with! But, one of our classmates reminded us that colleges are also experiencing the effects COVID-19 and would understand our circumstances. We knew we would be okay; we knew we would still get into college. However, we had no idea what was going to happen with APs, and the anticipation was killing us! My mom said she thought they would cancel the exams. But, last Friday, the College Board finally announced how AP exams are going to occur. I was in the middle of a Zoom class when a classmate told everyone the news. We all just stared at each other, very confused and overwhelmed. When I went to my next class, my teacher was just as confused and stressed as we were.

So, what about the College Board’s new AP exams has us frazzled? Well, the typically three-hour-long AP Exams are shortened to just forty-five minutes! That changes the game for many AP exams, which typically have both multiple choice and free response sections. We knew the College Board would have to pick and choose which types of testing would transfer over to the new exams, and we were right. The College Board announced that all AP exams will only consist of free response questions. What those free responses will look like remains to be seen. English and history AP exams, for example, usually involve three essays, each of which takes approximately 40 minutes to write. Will we write one essay, multiple shorter essays?

The exams will also be online, and students can take them from the comfort (or lack thereof) of self isolation. Though many people are afraid that some students will plagiarize or cheat in other ways, the College Board said that they are working with anti-plagiarism software. Mrs. Whitlock imagines “they will use Turnitin or another program to prevent plagiarism, but we’ll find out more on April 3.”

A positive about the AP Exams is that the College Board understands that schools around the world began closing in early March. So, AP exam content will be based on the curriculum learned by early March. For example, the AP US History (APUSH) exam has been shortened to periods 1-7 instead of 1-9. Colleges will also accept this shortened exam as college credit, as usual. Another pro is that the College Board is providing two test dates for each exam. One for people who feel they are ready for the exam by the first date and one for people who want to take the exam later. But, they have not released the date of the exams. More information about AP Exams will come out on April 3. Also, the College board is offering free online AP review classes beginning March 25.

So, hopefully you get the gist of what is happening with AP exams. Though everything is a little confusing right now, we will get more information on April 3. No matter what the College Board decides, our teachers and the Montrose administration are committed to helping us succeed both on the exam and in the classroom. Mrs. Whitlock told the APUSH class: “My duty as a teacher is not just for the exam. If we stop at World War II, you may not have a strong foundation for modern politics — candidates, party platforms, political movements.” APUSH is not only an AP course; it also helps us become better citizens, and Mrs. Whitlock wants to make sure we learn all we need to in order to become the best citizens we can be. All your teachers want to see you succeed, but you can also help yourself succeed. Mrs. Whitlock advised us: “Your independent work will maximize your success.”