Junior Joshing: Should It Be Allowed? 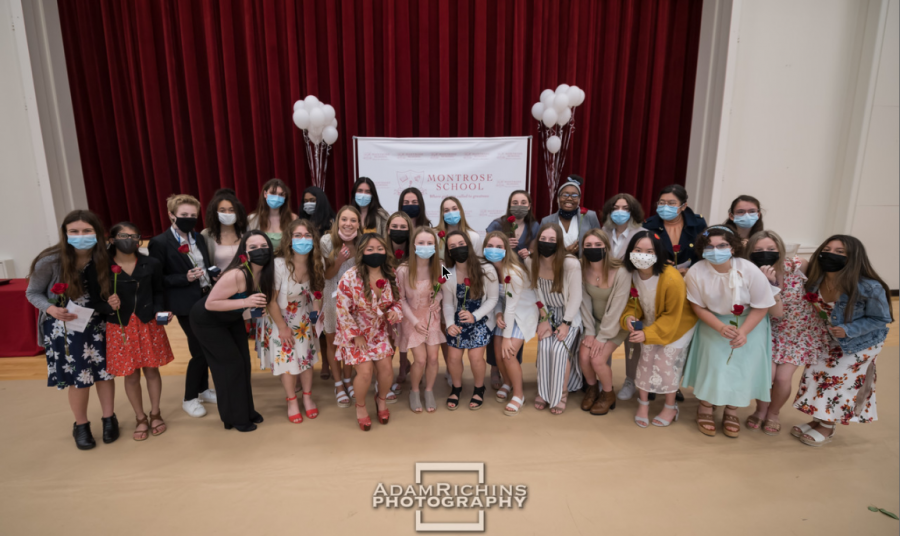 The Class of 2022 at their Junior Ring Ceremony

Before I came to Montrose, I had absolutely no idea what Junior Joshing was, even with two sisters who came before I did. So what is Junior Joshing? It’s a special tradition at Montrose where the juniors “josh” the freshmen around for a few days, having them dress up in silly costumes or asking them to do things (singing, dancing, etc.) What I wasn’t aware of until recently is that this tradition was revoked a few years back because it was considered hazing.

Lehigh University states that hazing is “any action taken or situation created, whether on or off campus, to produce mental or physical discomfort, embarrassment, harassment, or ridicule.” While this concern about hazing is valid, there are many sides to a story. One student expressed an important opinion: “It was decided last year that the class of 2020 would be the last class to ever do junior joshing because it is considered hazing. So basically, it’s not a choice of the students, it rests on the school admin.” Hazing goes against the Montrose values of heart, mind, and character. However, some may view the joshing as hazing, and others may consider it lighthearted fun. Junior Joshing poses a risk to juniors and freshmen alike. They may ask: What if I don’t want to dress up? What if the costumes are embarrassing? What if I’m asked to do something I don’t want to do?

When taking a poll among juniors and freshmen, there were many different opinions, with the majority of students defending the tradition. One student remarked: “It’s a fun tradition that has been at Montrose for ages. As long as all the freshmen are okay with it, I don’t see anything wrong.” Another resolved: “If the themes and ideas are all approved by faculty and students involved (freshmen and juniors alike), there’s no reason to outrule the tradition as ‘hazing.’ If EVERY single student wants to partake in the tradition (with the choice to opt-out whenever she feels embarrassed or uncomfortable), the junior joshing tradition should be upheld.” These opinions might get you thinking the following: why would Montrose even create this tradition in the first place?

One student explained: “It allows not only juniors and freshmen to bond, but it allows a memorable experience that everyone (students and teachers alike) can cherish for their Montrose journeys.” Another student remarked: “If Junior Joshing is reconsidered, there should be rules put in place. Everyone should be respected, maybe signing a consent form for certain things to maintain our Montrose values.” Traditions are what set us apart from other schools, but where do we draw the line?

*Disclaimer- I wrote this article not to change the final decision, but to highlight and reflect on the controversial opinion of many students. I found this topic interesting and I hope you did too!*