Injury and Identity: Who Are You Without Your Sport? 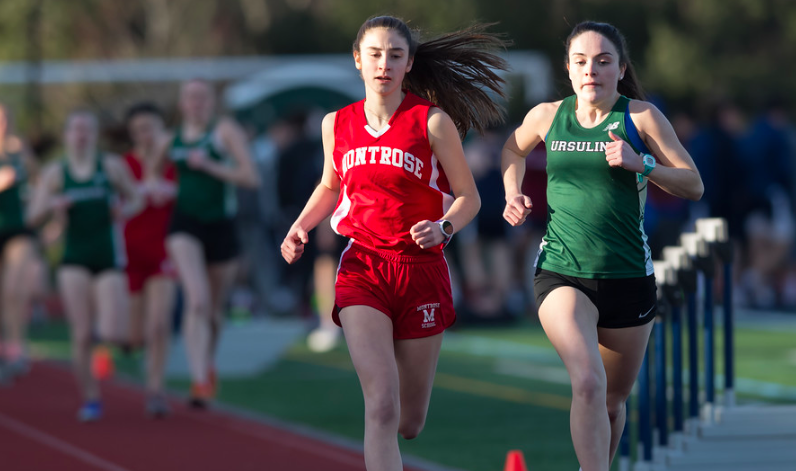 Editor’s Note: This article was originally published in our November Print Edition on November 8, 2019.

When someone asks you who you are, some people have a decisive answer of some sort: writer, artist, soccer player. For me, I was a runner. And if someone asked me today, I would probably still answer the same thing. But I think now I value other parts of me almost as much as that answer, and maybe more.

About seven months ago, I was training in hopes of competing at the national level in the mile. I worked really hard, and some days I think I spent more energy prioritizing my running than school work. I was terrified of losing fitness. For me, I didn’t feel any joy in the training that I worked so hard for. I dreaded going to my club practices, but I loved the confidence that I got from a good workout. I loved the idea that I was getting faster.

At the beginning of outdoor track, I didn’t race as well as I had hoped, and soon I began to feel pain in my right foot. It became clear that I wouldn’t be able to run through the pain long enough to have a full season. I cross-trained like crazy, hoping to keep my fitness strong enough to race championships. I didn’t get to race at NEPSTAs, but not running took the focus away from myself and allowed me to get excited for my teammates. I found that prioritizing their joy gave me joy too.

At first, I had hoped to be back in time for summer training. Then mid-July, and then August. And I did get to run, for a short time. Running with my team took so much pressure away from my individual performance. Being a naturally competitive person, it was hard to see the drastic differences in my fitness level compared to last year. I could feel the identity I had admired in myself morph into something unfamiliar. After only a few weeks of running, I began to have severe shin pain.

When an athlete is injured, it’s hard to think of much else. I found that I think about running and racing more when I can’t do it than I do when I can. A big part of being injured is waiting, and I’m still doing that right now. I don’t really know how much time I’ll have to take off from running, but I’ve found it important to zoom out and focus on the bigger picture. God doesn’t love me because of numbers on a results sheet, and neither does my family or my friends. I’ve learned that it’s okay to be driven and to want something, but that goal can’t be your identity.

When you label yourself the way I did and often still do, it’s hard to see past it. Sometimes I subconsciously prioritize running over more important labels: my family, relationships, faith. Running is a really important part of my life. But I’m other things too, and it took me a while to see that. These injuries have given me the opportunity to step back from my intense focus on the runner in me and value other things just as much. If you’re injured right now, maybe God wants you to see yourself as more than that one word answer you want to label yourself with.