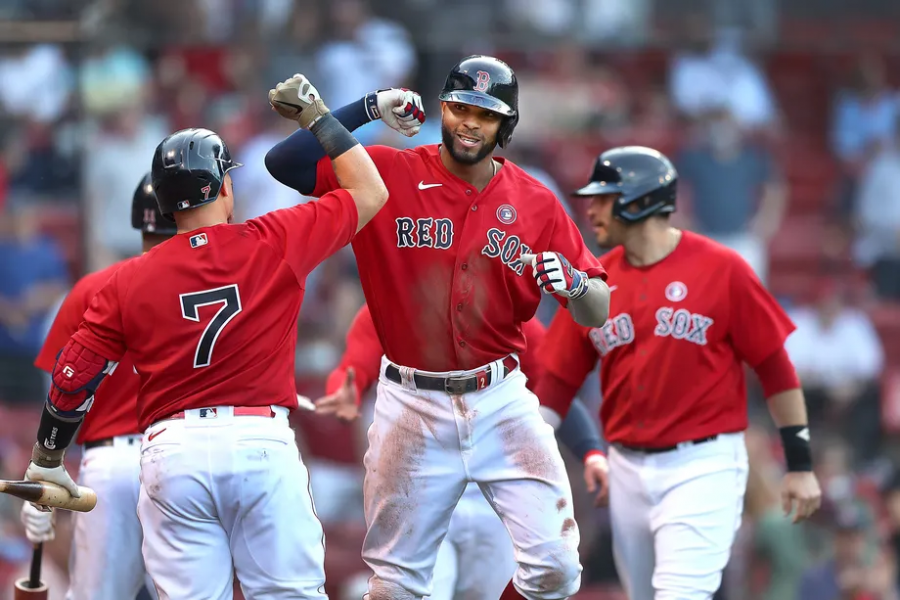 It’s that time of year again. The weather is consistently warm, final exams are upon us, and visions of ice cream and grilled dinners are dancing through everyone’s heads. Summer is on its way. However, perhaps my favorite sign of the beginning of summer is the start of baseball season. Baseball is what helps me relax. When I watch baseball, I don’t have to worry about school, college applications, the news, or anything else that might be stressful. I can just sit down with my family and watch the next adventure of a game the Red Sox have to offer. Whether you count down the days until Opening Day, or have been too busy with end-of-the-year chaos to keep up with the Sox, hopefully this article will awaken some enthusiasm for the Red Sox and help acquaint you with the players and the season thus far.

The 2020 baseball season left me with probably the most disappointment I’ve felt towards the Red Sox since I first started watching baseball in 2012. With the temporary loss of manager Alex Cora because of his connection to the Houston Astros’ cheating scandal as well as several players leaving the team, including Mookie Betts and David Price, the Red Sox squad became unfamiliar to many fans, and the team chemistry was just not the same. The Sox finished the 2020 season sixteen games back in the division with an abysmal record of 24 wins and 36 losses. The shortened season because of Covid-19 only heightened the frustration that many fans felt. 2021 didn’t seem to be any different at first when the Sox brutally lost the first three games of the season to the Baltimore Orioles, one of the worst teams in the MLB. Red Sox fans prepared for another disappointing season.

However, the beauty of baseball is the length of the season and the numerous opportunities a team has to pick themselves up and try again the next day. The Red Sox did just that, winning the next nine games they played, including three against those same Baltimore Orioles. How’s that for redemption? As of right now, the Red Sox are second in the division and currently have the fourth-best record in baseball.

So let’s meet the unlikely bunch that has turned the Red Sox around in a few short months. At third base and shortstop, we have Rafael Devers and Xander Bogaerts, two familiar faces in Red Sox Nation. Devers, just 24 years old, has played for the Red Sox since 2017 and has worked hard the past few seasons to improve his defensive skills at third base. Xander Bogaerts has played for the Red Sox since 2013 and has consistently put up near-MVP numbers at the plate. Some lesser known players include Hunter Renfroe, the right fielder who struggled early on in the season, but lately has begun to put out better numbers at the plate, including a respectable 23 RBIs (runs batted in), Bobby Dalbec, a solid defensive first baseman, and Alex Verdugo who shows great promise offensively with a batting average of .287. The Sox have also acquired several new pitchers including relievers Garrett Whitlock and Adam Ottavino as well as starting pitcher Nick Pivetta. They will pitch alongside Red Sox veterans such as Nathan Eovaldi, Eduardo Rodriguez, and Matt Barnes.

So whether you’re a longtime baseball fan or are just getting into the sport, the Boston Red Sox are sure to add to the summer fun and hopefully take their success into the 2021 playoffs.