It’s Not Just Food: My Relationship With Eating, Guilt, and Body Image 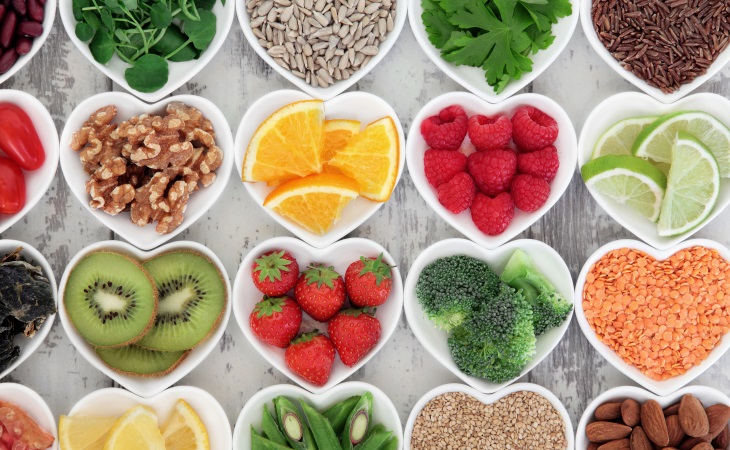 Exploring how to form healthy and durable relationships with our bodies, food, and ourselves.

In no way is this article intended to condemn any reader’s eating habits or encourage negative thoughts or comparison. I’m not a professional, nor have I sought professional advice for this article.

“It’s a little embarrassing, because it’s just food.” A friend and I walked back to her car a few weeks ago during a not-so lightweight conversation. We were both talking through our somewhat distorted relationships with food and guilt, and she told me that it had been hard for her to validate her struggles with eating because it seemed easy for the people around her. This wasn’t the first time I had heard this phrase — I’ve thought it myself — but I know enough to know that, for me, it wasn’t and isn’t the case.

When I took a year off from running (I got injured in the spring of my freshman year — you can read the sob-story here), my body changed a lot. I thought about it a lot. No one but me was concerned with the shift — it wasn’t largely noticeable either way, but personal comparison is sometimes a painful thing. I was a naturally skinny kid, and I never thought about the way I looked. But suddenly it wasn’t like that anymore, and it was hard not to hold myself accountable for the differences that I saw in the mirror. How can I run faster than ninth-grade Kasey when I look so different than I did before?

I know, logically, that I’ve put in the effort and earned my athletic pursuits. But I often feel like there’s something that’s missing in that work, or that the people around me are doing something that is drastically different from what I do. Food is a big part of that. I’m incredibly grateful that I’ve never had or come close to having an eating disorder, but thoughts surrounding eating and body image usually score big points in the Kasey Corra Guilt Department.

I’ve never been an unusually healthy eater — I usually have had to stretch the truth when my physician asks if I eat 3-5 vegetables a day at my yearly checkup — but my family eats pretty healthy, and I never felt restricted eating-wise as a kid. When I started noticing changes in the mirror, food became something that I thought about pretty recurrently. Like I said, I’ve never significantly restricted myself or drastically harmed my eating habits in any way. Food just became a more mentally calculated process, and I didn’t know how to feel better about eating the way I always had. I did a lot of general research, trying to validate my feelings and eradicate the guilt that came with them.

It’s a very mentally freeing thing to realize that there is no single right way to eat well. I’ve known for a long time that strategies like calorie counting and intermittent fasting (not a good idea, especially for teenagers) would never work for me — I have a tendency to get too obsessed with the numbers — and I’ve read enough articles and testimonials to know that diet culture can be very toxic. Plus, I wasn’t — and I’m still not — looking to lose weight; I just want to feel better about the way I’m eating.

My conclusion was to gradually learn to eat more intuitively. For me, that meant enjoying food when I ate it, and nourishing myself instead of feeling like I’m either all the way off or all the way on on the binging spectrum. I eat the same breakfast every morning because I know it works for me. I’m better at recognizing when I’m hungry and when I’m just bored, so that when I do eat, it’s intentional and filling. My doctor would be so proud to see that I’m now consuming the bare minimum amount of fruits and/or vegetables a day at a whopping two — occasionally, if I’m feeling extra fabulous, I’ll get to three — but I’m also emotionally attached to my local JP Licks (the best ice cream in the world, and you can fight me on it — I basically make a trip every weekend), and I’m continually reminding myself that it can be a great thing to eat dessert or a snack after a meal.

I mess up a lot. The other day I ate a cupcake that kind of sat in my stomach — in and of itself not a bad thing at all — but I dwelled on it for the second half of the day. When I binge eat (eating one cupcake isn’t binging) or forget to eat, I try to eat the way I would if I didn’t eat too many donuts or miss breakfast, and I don’t restrict myself from a full dinner just because I feel guilty.

Another big thing that has helped me with body-image is following people on Instagram that have made progress in forming a better relationship with their bodies and with food. Many of them have had an eating disorder or a negative experience with food and are now encouraging other people to have a more positive body-image. The first one I ever saw was an athlete on Instagram showing that she had just gone for a 6 mile run and was bloated afterwards. “This is a runner’s body, too,” she said. “I just did something great for my body, and now I’m going to fuel it.” That was huge for me: seeing someone without a six-pack who was still fit and healthy and ate what she wanted to eat. I’m continually astonished and very grateful for people who are willing to make themselves vulnerable by sharing their stories or reminding their followers to eat; they have many a times eased my guilt and made my concerns feel validated and heard by a larger community.

I’m trying harder to be proud of what I see in the mirror. For me, that more positive body image has translated into better eating habits and less guilt, and I’m a more confident athlete and a less preoccupied friend because of it. Spring track is here, and I will most likely have races where a part of me feels less qualified than the people around me because I sometimes don’t feel like I have a conventional “runner’s body.” But I’m never going to punish myself for that, because my body in and of itself is not something that I can necessarily control.

Because, in reality, it’s not “just food.” As a teenage girl, food can also mean guilt and body image and insecurity and comparison. It can mean a long, quiet but exhausting process of trial and error, or a short phase of denial and restriction. It’s okay if it feels this way for you. It’s okay if sometimes looking at an old picture of yourself feels like defeat. These feelings are valid, but they’re draining ones to have. Acknowledging that it’s a problem, that it’s more than just food and that something isn’t right, can help that change.

If you’re currently struggling with your relationship with food or know someone who needs help, you can find a list of resources here.

Resources about athletics and body image that have helped me: