One Year of the Multicultural Club 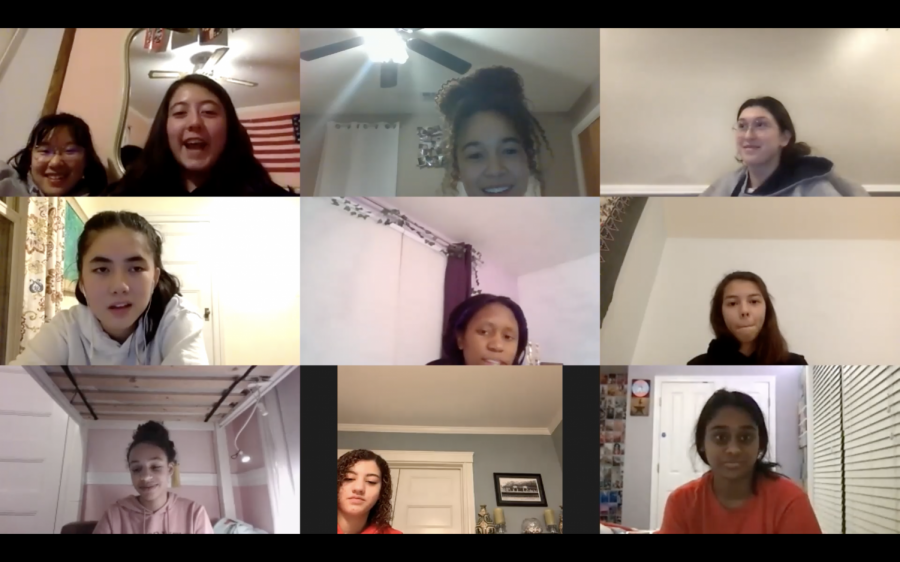 Members of the Multicultural Club in an online meeting.

After a long and unique school year, we’re finally coming to a close. June will mark the one year anniversary of the Multicultural Club. We started out as a small group of around six girls, and we’ve now expanded to over fifteen girls. The Multicultural Club has reflected on and discussed many important topics throughout the year, both within the group itself and the Montrose community as a whole. During the summer, the club read Just Mercy by Bryan Stevenson. We also watched his TED talk and reflected over the system of police brutality as a whole.

As the year went on, we continued to reflect on different cultural topics such as Eurocentric beauty standards and how it impacted our childhoods by listening to the AP Lang class’s “Beauty in the Age of Tiktok” podcast. We talked about topics from economic adversity to different resources where we could learn about other cultures. In January, we held our school wide discussion of Amanda Gormon’s The Hill We Climb with the Walrus Creative Writing Club. Expanding our discussion to the Montrose community was one of the highlights of this year as we were able to see varied perspectives on the poem. To finish the year, the Multicultural Club, along with the 7th and 10th grades, held a school supplies drive for primary school students in Nigeria. We filled over three suitcases with supplies, and we are very grateful to the Montrose students and faculty for their support!

Next year, we hope to bring back International Week, an old Montrose tradition, which we will discuss during the fall. We also plan on doing another service project for the whole Montrose community to participate in next year.

During the summer, we encourage everyone to read books that showcase diverse cultures that you might want to share during an event in September! There’s so many options, and your local library will provide you with books that you never thought you’d be interested in.

I’m so excited for another year of the Multicultural Club, and I hope to see some of you at our meetings next year!